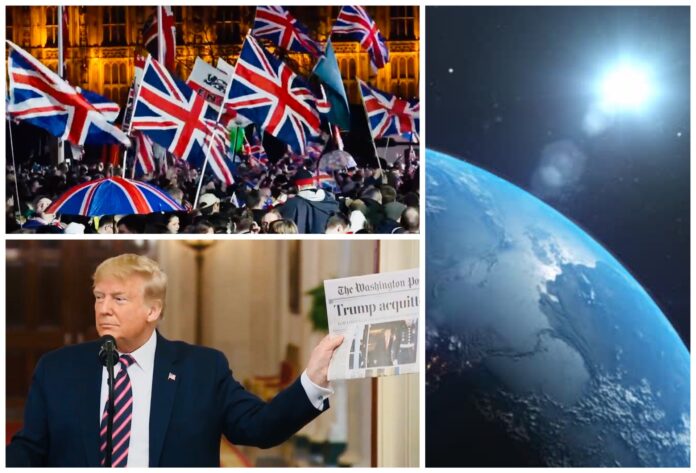 Earlier, on June of 2016, The People of United Kingdom made a decision to leave the EU. With more than 1 million votes of advantage and in total with more than 17 million people have voted for the United Kingdom to leave the European Union.
On January 9, 2020 the Brexit bill was approved at its third reading with 330 MPs voting for and 231 against in the House of Commons. After almost 4 years since the UK Referendum the free will of the people has been respected! On January 31 2020 United Kingdom has left the European Union.

Congratulations to the people of the United Kingdom and best of luck to the European Union.

We hope that EU will learn from its mistakes and eventually reform and change itself otherwise it will cease to exist. Ideologically the idea of EU is not bad but the system that runs it and on which the EU is based upon is wrong and outdated. First came the economic union then it gave birth to its ideology and then it became a political union. I must emphasise that EU “ideology” is noble. But as it seems it served just as a cover or a blanket for Political Union for the Elite. System that does not evolve trough the needs of society and it’s citizens which it governs, will become a system that is destined to fail.

The level of EU bureaucracy is staggering and it is killing it’s progress and suffocating it’s member states. EU should be the system of the people, by the people, for the people NOT of the Elite, by the Corporations and for the Elite! The Future requires Change. EU needs to change completely and as soon as possible to be able to reflect the needs of its people and the needs of the path that lies ahead of us all!

European Union – The Beginning of the End?

Yes you are not dreaming, it is the truth and Trump is still the President of the United States. Impeachment farce that begun the moment Trump got elected is over. On February 5 2020 US Senate has voted to acquit Trump and sentence is NOT GUILTY on both articles of impeachment.

By a final vote of 52-48 against conviction on the abuse of power charge and 53-47 on the obstruction charge, the Senate fell far short of the two-thirds majority needed to convict and remove the president.
Swing-vote Republican senators — including Lisa Murkowski of Alaska, Susan Collins of Maine, and Lamar Alexander of Tennessee — voted to acquit on both counts.

Trump was facing an impeachment trial in connection with his alleged quid pro quo with the Ukrainian President, and obstruction of justice (USCongress).
Trump was expected to be acquitted due to nature of this bias political trial and due to Republican majority in the US Senate but nevertheless this was a GREAT VICTORY for US President. We can only imagine what has transpired during this process and behind the stage! Everyone understood that this impeachment travesty was just an attempt to nullify the free will of the people! This was an overthrow attempt that begun the moment Trump won the elections in 2016!

Coup d’état that failed in every possible way!

Based on everything that has transpired in last 4 years Donald J. Trump should win 2020 presidential elections and become the 46th President of The United States of America 🇺🇸

Watch US President Trump State of the Union Address 2020:

But, there is always a BUT! The “War” is not over Yet! Couple of weeks ago we heard Trump asking his supporter at “Keep America Great” rally should he keep “Make America Great Again” or “Keep America Great” slogan. Both slogans are good and appropriate but MAGA must endure and KAG must represent the vision of the Future of United States of America as one of the world beacons of light! United States must share that light across the Atlantic, beyond its borders!

So, What have we done for last 4 years? Was it for nothing? No, it was not! We the people have defended our choice and our right to create the Future for ourselves and our children. We stood strong! The old world order is fighting hard to prolong the inevitable. One part of the “Elite” is trying to dissolve any idea of change and where it can not be dissolved then they try to shape the outcome to suit their needs! They are using all the means at their disposal to try to stop the inevitable to happen: media manipulation, geopolitics, economy, censorship, internet control and much much more… Nevertheless, Eventually they will fail! We need them to fail! Humanity needs them to fail!

The “old” world order has been dying in front of our eyes and the new one is being born.

You can not stop the change to happen like you can’t stop the sun from rising every morning in the east! Time of great change is upon us, time of mutual understanding and cooperation, time of great human achievements, advancement in technology, medicine, architecture, science, space travel and much more. But first wee need to fight for our Future it will not be handed to us in a silver plate and it will not be easy! This is not a fight for yourself it is the fight for the Humanity! We must stick together in resolve, strength and compassion towards each other! We just need to embrace the change not run from it! The “old world order” will try to slow the progress down but you the people must not allow them to do that. Only you the people have true  power to create or destroy our future! The power of free will! There is an ongoing war for your mind and soul! Chose the right thing not what is safe or popular but chose what is right! Be vigilant and with open mind! We must not allow ourselves to be Deceived from whoever that Deception comes!

“No problem can be solved from the same level of consciousness that created it.”

What will our future bring? We shall see, Won’t we?