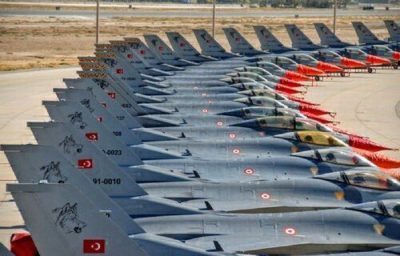 Turkish Foreign Minister Mevlüt Çavuşoğlu calls on Russia to join their forces in fight against ISIS in Syria.

“Our planes will take active part in bombing ISIS target’s.”

Let’s not forget that Turkey is full and a key member of NATO.

Is NATO joining forces with Russia against ISIS using Turkey as a starting point or we are just seeing  Turkey taking an independent stand,  a decision to fight ISIS with its military capacities disregarding their membership  due to NATO ambivalent stand towards ISIS.

Turkey has changed its political stand towards ISIS and Russia. Lets just hope it’s a permanent one. Also lets not forget that Erdogan has much of  distrust over NATO and its western allies due to faild coup last month.

The question is where do NATO stands and what is going to be  their political stand over these recent developments ?

A chance to come together or to make divisions much wider?