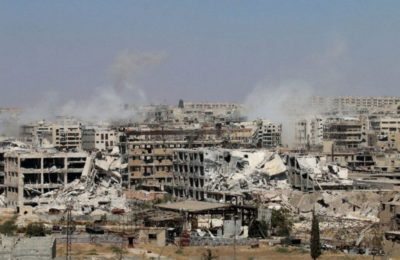 Serbia and China are first two countries that responded to a Russian call for international help in carrying out humanitarian operations in the besieged Syrian city of Aleppo. The Serbian and Chinese defense ministries were the first to respond to Moscow’s international call for help.

As Russian news agency TASS.RU reported on Tuesday – Official statement coming from Russian Ministry of Defense is stating that:

“Alongside the interested response from international humanitarian organizations there have been specific proposals for the participation of the defense ministries of a number of countries in extending humanitarian assistance to Aleppo,The Russian Defense Ministry is grateful to the People’s Republic of China and the Republic of Serbia, who were the first to come out in support of the Russian-Syrian initiative for conducting the humanitarian operation. We count on further practical steps by these countries’ defense ministries in support of the Russian efforts to provide humanitarian assistance to the population of Aleppo.”

Official invitations to join the operation have been dispatched to the US military and to most European and Asian countries.