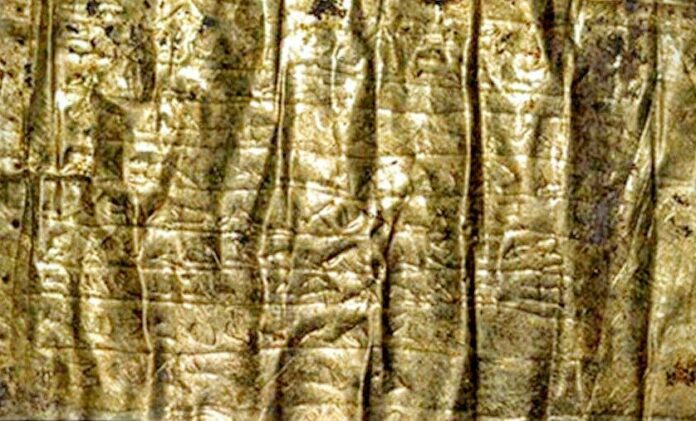 Archaeologists in Serbia have discovered the first known golden curse tablets in ancient Roman tombs in Serbia. The tablets contain inscriptions in long-forgotten languages with strange magical symbols calling upon both gods and demons to unleash ill-health, punishment, and death upon enemies, unrequited lovers, bad neighbors and relatives.

NBC reports that the curse tablets were found in Roman tombs at the Viminacium archaeological site, the ancient capital of the former Roman province of Moesia Superior in Serbia. The territory was under Roman (and later Byzantine) rule for about 600 years, from the 1st century BC until the Slavic invasions of the 6th century. Today, the archaeological site of Viminacium occupies a total of 450 hectares (1,100 acres), and contains remains of temples, streets, squares, amphitheatres, palaces, hippodromes, Roman baths and tombs.

Most Roman curse tablets were inscribed in lead, cut from hammered or thinly-cast sheets, and then trimmed to produce flat, rectangular tablets. Other materials, such as wood, papyri and stone, were also used. However, in the latest discovery, researchers found curse tablets in both gold and silver.