More than 1 million jobs added in U.S. economy since Donald J. Trump took the office of the President 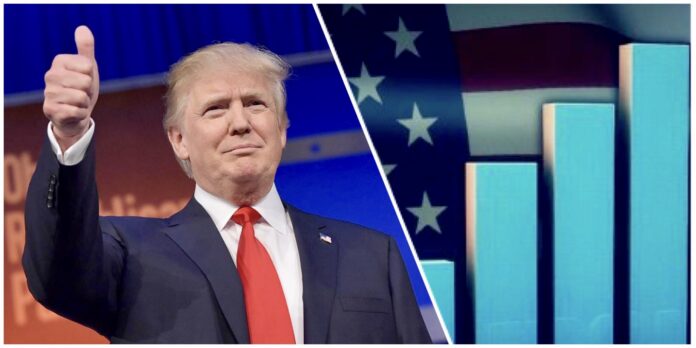 Latest report shows that more than 1 million jobs where added since Donald J. Trump inauguration in January this year. So basically new White House administration has managed to do all of this just in six months.

Quite a success for President Trump, this might be a win ticket for the next presidential elections in 4 years. If this trend continues and with great support from common people Trump will and without any doubt be the next President of the United States. Full 8 years term.

Just look at the July Job Reports: United States employers added 209,000 jobs in July, with unemployment rate down to 4.3%. The only thing that is wrong and is draining the money out is The “Obama Care”. This is exactly what the failing part of the elite does not want to happen. These are the facts that mainstream media do not want to report about. Instead they are sticking with false Russia collusion story. As it seems the “media” is going for another big “disappointment” exactly the same one as it was in November of 2016 when Donald J. Trump took the office of the President of the United States.

They haven’t learned anything from their past mistakes because “disappointments” tend to happen when you stick to illusions.

Share
Facebook
Twitter
Pinterest
Viber
WhatsApp
Telegram
ReddIt
VK
Email
Print
Previous article
Garden of life – Defend it or lose it
Next article
BREAKING NEWS – The U.S. President Donald J. Trump – “North Korea best not make any more threats to the U.S. They will be met with fire and fury”