Garden of life – Defend it or lose it 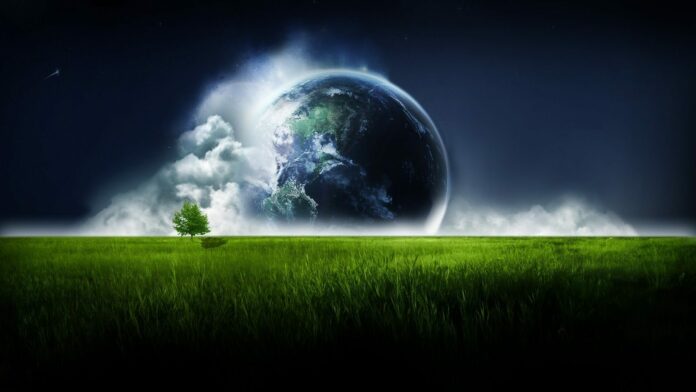 When we walk into a carefully nurtured and diverse garden, we are struck by its beauty and its sense of completeness. We are enraptured by its scents and its mysteries. We are enlivened by its colours, both vivid and subtle, and we are nourished by the freshness that fills our lungs.

Altogether, the majority of sentient beings will surely concur, this garden is a most agreeable place to be – and should someone emerge who threatens to desecrate this sacred space – the reaction will be to jump to its defence and protect it against such a criminal action. let us consider the fact that many a wise person and many a spiritual leader has felt impelled to point out that “The World Is Our Garden” and that it should therefore be tended, nurtured and defended in the same way as the private space in which we grow our flowers, fruits, vegetables and herbs. Emotionally, we should make no distinction between these micro and macro spheres.

Yet look around today and what do we see?

Certainly there are many mortals tending their individual gardens, and many more with no physical garden to tend. But amongst of all these, just a tiny minority can be found who are willing to go out of their way to stand-up for that greater garden called planet Earth.

Even amongst those who would class themselves as ‘aware’ and advancing along the path of spiritual enlightenment, one finds too few ready and willing to actively defend the greater whole in the same spirit as they readily defend and tend their ‘own’ private space. Be that space the place where one cultivates one’s spiritual growth – or the physical space that is one’s own  garden.

The act of ‘ownership’ appears to have overridden and nullified our ability to feel and apply a sense of innate responsibility for that which we don’t ‘own’.

The neo-liberal capitalist/consumerist conditioning that forms a major part of nearly all our educations – has not taught us to feel responsible for all life – but only that part in which we have invested our personal interest and financial resources.

We need reminding that we are the collective trustees of this unique living entity that sustains and provides us with all our needs for the duration of our lives – and beyond.

Let us question our supposed ‘spirituality’ in the light of our unwillingness to lay ourselves on the line to fight for the survival of that which enables us to eat, drink, breathe and take pleasure in its abundant generosity.

We would recognize that the manifestation of our protective instinct to operate only around that which we consider ‘belongs to us’ is a gross distortion of our natural instincts.

Why do I say that?

Consider for a moment that you are sitting in your garden and someone comes through the gate with a chain-saw and proceeds to set about felling your favourite fruit tree … what would you do?

Well, you would almost certainly spring up from your chair and rush to stop them. Now let us shift to a similar incident where a beautiful tree in a park on the other side of your garden fence is indiscriminately approached by a man wielding a chain saw who clearly has no business to be there. It is clear that this person has the intention of cutting down this tree … what would your reaction be to this? Would you try to apprehend this person? Try to find help? Feel a sense of outrage?

There is a chance that you might respond in all these ways; but there is a much greater likelihood that, after experiencing some initial discomfort at the brazenness of this destructive intent, you would take no action, consoling yourself with the thought “There’s nothing I can do about it anyway”. With that thought uppermost in your mind you would try to ignore the incident and get on with what you were doing.

If our education system had even a smidgeon of spiritual aspiration written into its curriculum – we would be encouraged to recognize our responsibility for all life on this planet from an early age – and be encouraged to come to its rescue at times when it is clearly under threat.

But that is not what the majority of schooling is about. On the contrary, it concentrates its energies on teaching us how to acquire the means to ‘own’ some little niche of this planet, and to accumulate the thousands of bits and pieces that are deemed necessary to furnish it. God forbid that we might decide to reject the trappings of this hallowed road to hell!

Every TV advert, commercial hoarding, glitzy magazine, shop window, internet and cinema screen – is imploring us to indulge in a consumptive way of life that both precludes gaining a greater awareness of our predicament, and contributes to the inevitable rape of the planetary resources upon which we all depend. rising consciousness that comes with our spiritual practice also has the affect of alerting us to the destructive nature of this consumptive life style and the majority of jobs that constitute the repetitive and largely sterile working week.

We see more and more clearly how, if we are caught in this mechanism, we are just a cog in a vast machine whose overall ambition is precisely the opposite of that which inspires our spiritual endeavours.

It soon becomes obvious that we have to make a choice: find a form of work that satisfies our rising sense of discernment and is supportive of the trusteeship of planet earth, or give-in to the demands and promises of the corporate state that so relentlessly undermines all that is subtle, beautiful and spiritually fulfilling in this day to day adventure called Life.

The new society so many of us long for can only come about if we take the necessary actions to bring it about. One cannot embark upon a path to higher consciousness while ignoring the damage done through the way one conducts one’s daily life. In order to realise our deeper selves and sleeping spiritual powers, we have to bring all aspects of our lives into line with our rising consciousness.

Not only are these various pursuits negatively impacting on us and on our surroundings – but by pursuing them we are financially and energetically supporting those facets of society whose sole aim is profit, power and increasing control over our daily lives. In other words we are supporting that which is part and parcel of the uninterrupted destruction of this ‘world that is our garden’.

This is clearly a thoroughly unspiritual path to tread.

We are either supporting a radical transformation of society in line with our own rising awareness of its multiple destructive components, or we are falling into a hypocritical and delusional state in which any gain in awareness is soon undone and turned in upon itself.

We have no choice other than to walk forward on two feet. To ‘walk the walk’ and to practice what we preach.

It is my belief that we will succeed in this great quest once we have securely tethered our inner awakening to the manifestation of its true outward expression.

Thus the road to enlightenment becomes synonymous with taking actions to ameliorate and heal the social, cultural, economic and environmental scars that cover our wounded planet. A process which unifies otherwise disparate endeavours and reveals disengaged, inward looking and passive spiritual practices – that shun active participation in service of the planet – to be ultimately fraudulent and a mechanism for escapism.

If ‘The World is our garden’ then let us be united now in going to rescue it from its enemies – no matter what the odds. Let us defy the political gamesmanship that has lead governments to ally with the corporate cause and ignore the cries of imprisoned humanity and the tortured limbs of mother nature.

Our highest spiritual calling is to come out in defence of life.* The angels will rush to our side once we have demonstrated our commitment to taking control of our destinies, which includes the emancipation of this long oppressed planet which is our unique and irreplaceable home.