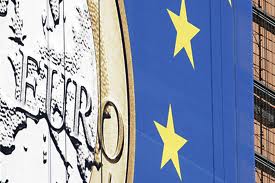 One year later, with the euro zone’s debt crisis threatening to tear the bloc apart, Germany is pushing its partners for precisely the kind of giant leap forward in fiscal integration that the now-departed European Central Bank president had in mind.

After falling short with her “fiscal compact” on budget discipline, German Chancellor Angela Merkel is pressing for much more ambitious measures, including a central authority to manage euro area finances, and major new powers for the European Commission, European Parliament and European Court of Justice.

Until states agree to these steps and the unprecedented loss of sovereignty they involve, the officials say Berlin will refuse to consider other initiatives like joint euro zone bonds or a “banking union” with cross-border deposit guarantees – steps Berlin says could only come in a second wave.

The goal is for EU leaders to agree to develop a road map to “fiscal union” at a June 28-29 EU summit, where top European officials including European Council President Herman Van Rompuy will present a set of initial proposals.

European countries would then put the meat on the bones of the plan in the second half of 2012, several European sources have told Reuters, including a timetable for overhauling EU treaties, a step Berlin sees as vital for setting closer integration in stone.

“The fundamental question is relatively simple. Do our partners really want more Europe, or do they just want more German money?” a government official in Berlin said.

If European countries go ahead, the steps would represent the most significant policy leap since they agreed to give up their national currencies and cede control over monetary policy 13 years ago. But the hurdles are daunting.

“The world is not coming to an end; rather, it feels as if we are on the doorstep to another major European integration move,” said Erik Neilsen, chief economist at Unicredit. “But why do these initiatives only come when we are on the edge of the cliff where the risk of an accident is so much higher?”

Spain, whose banking troubles have made it the latest target of financial markets, signalled over the weekend that it was on board with a key element of the plan.

Prime Minister Mariano Rajoy backed the creation of a new euro-wide fiscal authority of the kind Trichet sketched out in a speech in Aachen, Germany last year.

But other states, including the bloc’s second-biggest member France, have deep reservations about ceding so much sovereignty.

New President Francois Hollande rode to victory in a French election last month promising new steps to boost growth. At the EU summit later this month, he and other leaders were expected to gang up on Merkel, pressing her for new growth-enhancing measures.

But after a series of modest concessions from the German leader, a loose consensus on a growth strategy already appears to have been reached weeks before the leaders meet.

Now, the main focus of the summit seems likely to be on steps needed for a “fiscal union”, a debate which puts Hollande in a far more difficult position, even if people who know him well say his vision of Europe is much closer to the federalist German model than those of his Gaullist predecessors.

“It’s a big challenge for Hollande,” said a senior French official who declined to be named. “I think that he is ready for (closer fiscal integration) but I think the rest of the French political class – both on the left and right – is not.”

The hope in Berlin and other capitals is that if leaders can present a credible plan for moving towards a fiscal union, further contagion – even in the event of a Greek exit from the euro zone – can be limited, one senior central banker said.

But even if the Germans do win over the French and other sceptical countries like Finland and Austria, there are serious doubts about whether a 5-10 year plan for closer integration – weighed down by lengthy national debates over treaty change – will be enough to restore investor confidence now.

That means for some time the European Central Bank will remain the institution capable of acting quickly to avert disaster.

Even though it has made clear it wants governments to sort out the mess, a strong signal of intent from EU leaders could encourage the Frankfurt-based ECB, particularly if progress is made towards the sort of bloc-wide banking structures it has pressed for.

“The European leadership is working feverishly on the necessary fundamental changes, while the ECB no doubt stands ready with the fire hose if anything goes wrong in the meantime,” Neilsen said.

On top of Greece, Spain’s banking sector, dragged down by bad property debts, is a huge concern that continues to undermine faith in the bloc’s ability to get a grip on its crisis.

Germany is pressing Madrid to accept aid under the bloc’s rescue funds so that it can recapitalize its stricken financial institutions, multiple sources have told Reuters.

But the Spanish government is resisting, fearful of the stigma attached to a formal state rescue. It is trying to convince its partners to let EU bailout funds bypass the state and funnel aid directly to banks – a step Berlin opposes.

As long as the Greek nightmare continues and doubts about Spain’s banks persist, no amount of closer integration is likely to calm investor nerves.

The ECB is already girding, however reluctantly, to counter any new turmoil in the months ahead.

One ECB source told Reuters the bank had a number of tools at its disposal to tide the bloc over, including cutting interest rates and launching a third round of cheap loans to banks via a so-called Long Term Refinancing Operation (LTRO).

It is much less keen to revive its government bond-buying program.

Another problem with the German-led drive is that of democratic legitimacy.

Many of Europe’s struggling citizens already blame technocrats in Brussels for their troubles. And lawmakers across the bloc are keen to safeguard their right to veto EU decisions.

Against that backdrop it will be extremely difficult for leaders to convince their electorates about the integration steps under consideration in Berlin and other capitals.

To address this, officials are mulling a significant strengthening of the role of the European Parliament (EP), which is directly elected by the bloc’s citizens.

A German official at a European institution said, for example, that oversight powers for the bloc’s permanent rescue fund – the European Stability Mechanism (ESM) – could be transferred from national assemblies to the EP.

The French official said it would inevitably fall to the EP to monitor the European Commission if it won new powers over national budgets.

“The issue is that democratic control will now take place at a European level, and not at a national one,” the official said. “I think the problem is not so much the European people but the European politicians who don’t want to relinquish their power. There you will see a lot of resistance.”