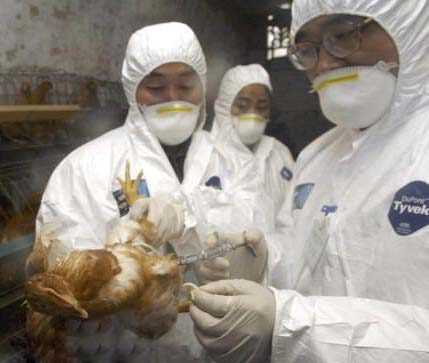 After months of controversial government assessment, the journal Nature published research Wednesday that discloses methodology behind creating a deadly strain of bird flu that could kill millions.

By conducting research in ferrets, a team of Japanese and U.S. researchers found that it would take four mutations of the bird flu virus for the strain to successfully spread from birds to mammals. The research comes after months of delay because of arguments that pitted the cause of medical preparedness against the dangers of disclosing information that could help bioterrorists.

The study is the first of two research papers that discuss the methodology behind creating deadly avian flu strains that have potential to kill millions.

The second paper, which will be published in the journal Science, discusses the methodology behind a deadly H5N1 strain created in a Dutch laboratory at the Erasmus Medical Center in Rotterdam by scientist Ron Fouchier.

The team, headed by Yoshihiro Kawaoka of the University of Wisconsin-Madison, submitted the paper last year to the journal, but publication was delayed after the U.S. National Science Advisory Board for Biosecurity made the unprecedented decision to assess the findings prior to publication. But, in a commentary published Wednesday, Nature editors noted, “a paper that omits key results or methods disables subsequent research and peer review. … We cannot imagine any mechanism or criterion by which to sensibly judge who should or should not be allowed to see the work.”

They also remarked, “Where there is a benefit to public health or science, publish!”

Since it appeared in 1996, H5N1 has killed hundreds of millions of birds, but transmission to humans has been rare. There have been about 600 confirmed cases of infections in people, mostly people who worked directly with poultry. While rare, it is a deadly human disease. About 60 percent of those who had confirmed cases of the virus died.

Up until now, experts believed that the strain was transmissible from person to person only through very close contact, but Fouchier mutated the strain, creating an airborne virus that could be easily transmitted through coughs and sneezes.

“Research into how flu viruses change, how they develop the ability to infect different species, is critically important for preparing for pandemics,” said Dr. Richard Besser, chief medical editor at ABC News. “It helps you predict what the next pandemic might be and to develop new vaccines.”

The dilemma is that this sort of research has dangers, Besser said. But manipulating the genome of microorganisms is now something even a talented high school student can do.

Source and read more at: ABCnews.go.com