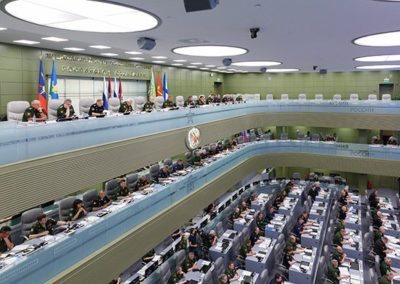 “NATO’s military experts have been invited to Moscow in September for consultations and military and political situation in Europe, Russia is ready for a constructive dialogue with NATO despite differences in approach to the reasons and consequences of the decisions made at the bloc’s summit in Warsaw in July.”

During the gathering in the Polish capital, NATO member states labeled Moscow “a source of instability” and ordered an increased military presence near Russian borders.

With this gesture Russia is giving a hand of peace. A deal that we should except? Some political analysts say that this is the right opportunity that must not be lost. This is the opportunity to stabilize the situation and to tackle the ISIS once and for all.

Please read more about this and similar topics at: