War Is Business & Business Is Good 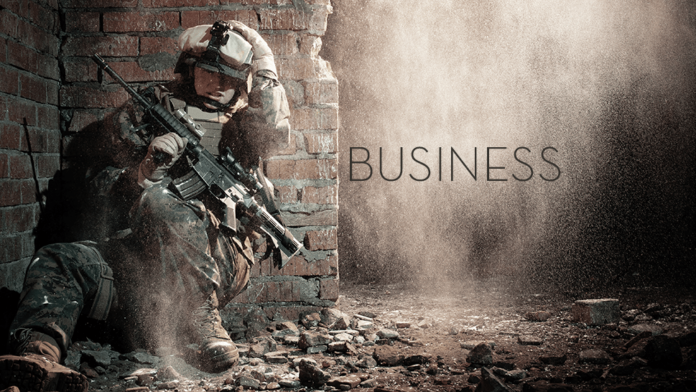 No corporations profited more during the reign of the Shah in Iran than US defense contractors.  From 1950-63 the Middle East received 3% of US military aid to the world.  From 1971-75 it received 60.2%.  The bulk of it went to Israel, Saudi Arabia and Iran.

Iran and Saudi Arabia were the “Twin Pillars” in President Nixon’s 1972 Guam Doctrine.  Nixon and his cronies saw these two nations as critical to ensuring a steady cheap supply of crude oil to the US.  Saudi reserves are estimated at 261 billion barrels, while Iran sits atop nearly 100 billion barrels.

In return for cranking out cheap oil for the Four Horsemen (Royal Dutch/Shell. Exxon Mobil, Chevron Texaco & BP Amoco) these nations, both ruled by dictatorial monarchs, were armed to the teeth by US defense contractors and served as surrogates in financing and implementing US covert actions in the Middle East region aimed at nationalist and pan-Arab governments that threatened Big Oil interests.

In addition, oil revenues received by both the Shah and his House of Saud counterparts were recycled back into US money-center banks JP Morgan, Chase Manhattan and Citibank.  These banks own huge blocks of stock in the Four Horsemen and in the defense contractors which now jostled for position in both Tehran and Riyadh.  Chase Manhattan owned Iran’s Central Bank – Bank Markazi.  The international bankers were the main beneficiaries of this new oil for arms quid pro quo.

In Iran the Shah was given carte blanche on US arms purchases. Iran came to account for 25% of US military sales. Westinghouse and Hughes Aircraft worked with Iran Electronics Industry to build a missile assembly and repair plant.  Bell Helicopter constructed a helicopter assembly plant at Isfahan.  Grumman, Rockwell, Lockheed, Fairchild, TRW, GTE, Boeing and McDonnell Douglas all profited from deals with Tehran.

Bribery of Iranian officials was the norm in procuring defense contracts.  Grumman coughed up $24 million in bribes to sell its F-14 fighters. Textron paid $2.9 million in baksheesh. Kermit Roosevelt’s new employer, Northrop, paid $2.1 million in bribes to sell the Iranian Air Force its F-5 aircraft.  When Roosevelt’s memoirs Countercoup came out in 1979, many defense contractors were caught with their pants down as a now disillusioned Roosevelt named names.  BP pressured publisher McGraw-Hill to pull the book from circulation due to Roosevelt’s contention that BP had hatched Operation Ajax to overthrow Mossadegh.

US government officials passed through the revolving door to private industry to get a piece of the US-taxpayer-funded action in Iran.  Admiral Thomas Moorer, only months after retiring as head of the Joint Chiefs of Staff, joined Stanwich International Corporation as that ship repair company’s sales representative in Iran.  Retired 4-star General Hamilton Howe signed on with Textron’s Bell Helicopter division in Tehran.

The Shah gave bribes to the US media, which portrayed his government in a favorable light.  CBS anchor Walter Kronkite received cigars and caviar, as did NBC anchor John Chancellor.  David Brinkley, Mike Wallace, Rowland Evans, Robert Novak and Washington Post publisher Catherine Graham were “gifted” as well.  The Shah made a $750,000 donation to the secretive Aspen Institute, which distributed pro-Shah booklets around the US.

Politicians were also beneficiaries of the Shah’s largesse.  Marion Javits, wife of Sen. Jacob Javits (R-NY), an important member of the Senate Foreign Relations Committee, received a $67,500 public relations contract from the Shah.

The US sold $20 billion worth of weaponry to the Shah, though only $8.7 billion worth was actually delivered.  Some of what did arrive was totally useless.  One shipment of Tang class submarines purchased by the Iranians was never deployed because they weren’t designed to operate in the shallow waters off the Iranian coast.

Iranians were trained in the US to operate the systems that did work.  From 1964-72, nearly 5,000 Iranians received training at US Air Force Schools.  The US was careful not to train the Iranians on militarily sensitive weapons.  By 1977 there were 4,500 US technicians in Iran operating these more advanced systems.

By the mid-1970’s a cadre of defense industry insiders began to assemble in Iran, straight from Southeast Asia where the Vietnam War was winding down.  The US Embassy was their hub of operations and Richard Helms served as acting CEO.  Helms was fired from the CIA by President Kennedy, served as Nixon’s CIA Director and became US Ambassador to Iran in 1973.

In 1976 Helms founded the consulting group Safeer, while brother Pearsall, a wealthy Geneva businessman, was making a killing as go-between for US corporations and the Shah’s regime.  Helms’ Safeer partners were Iranian business tycoon Rahim Irvani and Roy P.M. Carlson, a former executive at Bank of America.

Helms was joined in Tehran by Major General Richard Secord, who headed the Air America CIA front that flew opium out of the Plain of Jars in Laos during the Vietnam War.  Secord became head of the US Military Assistance Group (MAAG) in Iran.  MAAG worked closely with US defense contractors whose SE Asia markets had dried up.  They were counting on Secord to help them procure new contracts in Iran.

Secord brought with him Ted Shackley, former CIA Station Chief in Laos and Director of CIA Covert Operations Worldwide.  Thomas Clines, Major General John Singlaub and Raphael Quintero, all of whom served with Secord and Shackley in the CIA’s Operation Phoenix assassination program in Vietnam, also came to Iran.

Clines helped Shackley implement Trak II in Chile in 1973. This CIA destabilization led to the overthrow of democratically-elected President Salvador Allende, giving rise to dictator General Augusto Pinochet. [26]  All were cozy with Santos Trafficante, the leading mob boss in the US based in South Florida.

Trafficante had an ax to grind with Fidel Castro, who shut down the don’s casinos in Havana after the Cuban revolution.  Trafficante assisted Shackley & Company during CIA Operation Mongoose attempts to assassinate Castro, while the CIA guarded his coke shipments into Miami.

Secord’s MAAG brokered all the Shah’s arms acquisitions from US defense contractors.  Secord was adviser to the Chief of the Iranian Air Force and managed almost all US military programs with Iran.  A few years later he became Assistant Secretary of Defense, where he took charge of all MidEast arms sales.

A lawsuit filed by the Washington-based Christic Institute charged that these programs were riddled with corruption and that Secord was skimming millions of dollars.  Using Iranian national Albert Hakim as go-between, Secord would buy equipment at manufacturer’s cost, then sell it to MidEast regimes at replacement cost, depositing the difference into Swiss bank accounts that enriched Secord and funded CIA covert operations.

Ed Wilson was later caught selling arms to Libya and is now serving a life sentence at Marion, Illinois, until recently the country’s highest security prison.  The government claimed he was a “rogue agent” acting alone.  Both Shackley and Clines quietly stepped down at CIA as Wilson was convicted.

Wilson told reporters from his prison cell that he was a fall guy for a group of quasi-government arms merchants who were selling arms to anyone with the cash to buy them.  Wilson claims that the world’s many “brushfire” wars are encouraged by this cabal of profiteers, who make money selling arms to both sides.

The bottom line, stated Wilson bluntly from his Marion prison cell, “War is business.  And business is good.”