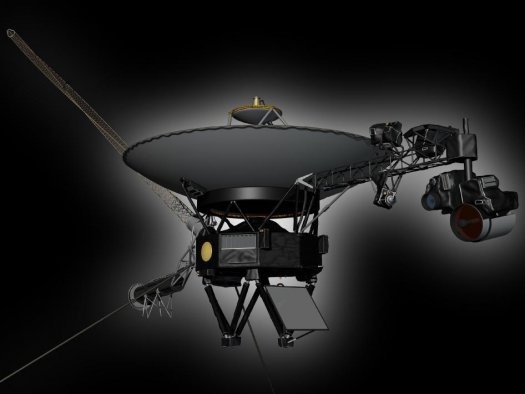 The latest information streaming in from Voyager 1 has left scientists puzzled and frustrated. Since 2010, NASA scientists have been predicting that Voyager 1 is at the edge of the Solar System, just on the verge of leaving it and thus becoming the first ever spacecraft to enter inter-stellar space.

But, as Ed stone project scientists had once said, “One thing Voyager has taught us is to be prepared to be surprised.” And that is what has happened.

Voyager 1 has unexpectedly entered a ‘dead zone’. In a paper published this week in the definitive science journal Nature, Robert Decker, a space scientist at the Johns Hopkins University Applied Physics Laboratory in Laurel, Maryland, and his colleagues say that Voyager is currently recording no sloar wind speeds. Voyager 1 is currently about 18.2 billion kilometres from the Sun.

The conventional model of the Solar System says that that the Sun blows out a gigantic bubble of particles that encompass the whole space around it including the planets. This is called the heliosphere. Scientists had thought that at the very edge, the solar wind will collide with the thin inter-stellar medium made up of particles from the rest of the Universe. As the Voyager craft moved through this exotic zone, it would register a decline in speed of the Solar wind and a simultaneous increase in interstellar medium.

The Solar particles have dropped down to zero as predicted, but there is a problem. Decker’s team noted last year that Solar particles streaming outwards from the Sun were slowing down. But theory said that they would be pushed sideways, just like fast flowing water would if it suddenly comes up against a wall.

In a jaw-dropping maneuver, scientists at Jet Propulsion Lab, California, commanded Voyager 1 to roll on its side seven times, so that it could record sideways moving particles. (Remember, it takes 17 hours for a signal from Earth to reach the spacecraft which is powered by a 23 watt nuclear source.)

But again there was no speed worth recording – it looked as if the thin particle soup around the craft was stationery. Theory says that at the edge there should be particles zipping around as they collide and get thrown about. So Decker and his colleagues write in Naturethat “We therefore conclude … that Voyager 1 is not at the present time close to the heliopause, at least in the form that it has been envisioned.”

If it is not the edge then what is it? Decker and his colleagues think that since 2010, Voyager 1 has been silently cruising through a kind of “antechamber to the heliopause” that is at least 1 billion kilometres thick. This however still does not explain why the particles are stationery.

“There no longer exists any guidance on what constitutes getting out of the Solar System and into the Galaxy,” Stamatios Krimigis, a co-author of the paper, told Nature.

There are alternative theories doing the rounds. According to one such theory, magnetic field lines may have piled at the edge causing solar charged particles to slow down. Another theory is that the Solar System’s magnetic field could be merging with the magnetic field of the rest of the galaxy, causing the observed spikes in cosmic rays recorded in May this year. In this case the real edge could be years away.

Although the excitement of passing into inter-stellar space may be postponed but scientists could well be treated to some spectacularly different – and totally unexpected – regions of space at the edge.

Source and read more at:
http://timesofindia.indiatimes.com/home/science/Voyager-1-in-Dead-Zone-scientists-puzzled/articleshow/16298214.cms