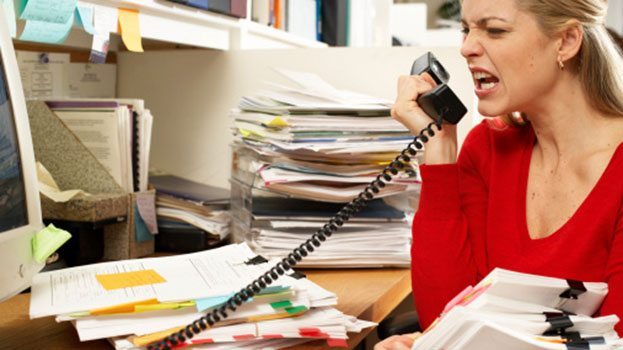 As a doctor, I can tell you that stress has reached pandemic levels, though many still hold back from admitting it to themselves or their peers. Our normalcy bias prevents us from taking notice that tens of millions of people in Western countries are dropping like flies from illness, depression and self-destruction. I came across this article by David Kupelain on Americans’ health and agreed with some of the observations made about the dire state of affairs:

Likewise, the CDC has reported that antidepressant use in the U.S. has increased nearly 400 percent in the last two decades, making antidepressants the most frequently used class of medications by Americans aged 18-44. The U.S. population makes up 5% of the world population, yet are prescribed two-thirds of all psychiatric drugs used worldwide. If this is not a sign of looming mental health collapse, I don’t know what is!

With so many people on meds, I think we can basically say that the U.S. is a ‘zombie nation’. People are so out of touch with themselves and with reality that they think they have to use anti-depressants in order to ‘go back to normal’, not realizing that the reason why reality is shitty is because it is sending them a strong signal to sit up and take notice. Instead, taking mind-numbing drugs makes them even more ignorant of what is going on around them – the false-flag attacks, the fireballs raining down from the sky and Earth changes.

The pandemic is by no means confined to the U.S. One major study mentioned by Kupelain concluded almost 40 percent of Europeans are plagued by mental illness.

What on earth is going on? Why isn’t medical science – and for that matter all of our incredible scientific and technological innovations in every area of life – reducing our stress and lightening our load? Why doesn’t the almost-magical availability of the world’s accumulated knowledge, thanks to the Internet, make us more enlightened and happy? Why is it that, instead, more and more of us are so stressed out as to be on a collision course with illness, misery, tragedy and death?

Most important, what can we do to reverse course?

Indeed, why hasn’t our wonderful advanced technological civilization saved us from ourselves? Maybe it is turning out to not be so wonderful after all…

There is in fact a proven, effective way of dealing with stress from coping with the increasing global madness, something I’ll get on to later.

First, let’s have a closer look at some of the causes of this stress pandemic.

Martha Stout writes in The Myth of Sanity:

[A]s time passes we often feel that we are growing benumbed, that we have lost something – some element of vitality that used to be there. Without talking about this very much with one another, we grow nostalgic for our own selves. We try to remember the exuberance, and even the joy, we used to feel in things. And we cannot. Mysteriously, and before we realize what is happening, our lives are transfigured from places of imagination and hope into to-do lists, into day after day of just getting through it. Often we are able to envision only a long road of exhausting hurdles, that leads to somewhere we are no longer at all certain we even want to go. Instead of having dreams, we merely protect ourselves. We expend our brief and precious life force in the practice of damage control.[…]

In plain fact, the list of consciousness-assailing events that are witnessed or endured by even the most protected children is extremely long: serious accidents, car crashes, the illnesses and deaths of loved ones, the fear or reality of peer ridicule, petrifying medical procedures, devastating custody battles, predictions of nuclear annihilation or environmental collapse, macabre lessons in how to get away from the “stranger” whom protective parents are constantly expecting. Sounds familiar, yes? In a similar vein, Kupelain has this to say:

Yet, during eras when society and families are stable, unified and fundamentally decent and moral – as, say, America during the 1950s – the stress level for each person is minimized, or at least not compounded by a perverse society. Conversely, when – as is the case today – we have widespread family breakdown, a depraved culture that mocks traditional moral values, a chaotic economy and disintegrating monetary system and a power-mad government dominated by demagogues and sociopaths, the normal stresses of life are greatly multiplied.

It’s doubtful whether America was “decent and moral in the 1950s”, but it’s safe to say that, relatively-speaking, things are much worse now. When you’re induced into behaving like a psychopath in order to survive life in a world run by psychopaths, the inevitable result is an enormous build-up of pressure – anxiety, fear, hopelessness and depression – in the masses of normal people… until they reach breaking point and snap.

Today’s relentless economic pressures: high unemployment (the actual rate is at least double that of the “official” government rate), foreclosures and bankruptcies, a stagnant growth rate, 11,000 new people signing up for food stamps every single day, rising taxes for the entire middle class whose net worth is simultaneously shrinking, ever-higher prices for food, gas and other essentials – and overshadowing it all, a galactic national debt burden, courtesy of a wildly out-of-control government unrestrained by either the Constitution or common sense.

That, too, is very stressful. Top it all off with an administration continually abusing the public for the sake of enlarging and consolidating its political power – for instance, by purposely making the “sequester” cuts hurt Americans, even our active-duty soldiers, as much as possible.

Obama is just one in a long chain of utterly incompetent leaders attempting to ‘correct problems’ but who are in fact making them worse. The nature of our ‘just-in-time’ global economy is such that we could withstand disruption from a natural disaster for barely a week before undergoing widespread systemic collapse.

With several forecasts predicting food prices increasing anywhere from 1.5 per cent to 3.5 per cent in 2013, consumers will have to rethink how they will spend their hard-earned discretionary income. I don’t know about you, but when I go to the store I notice that food prices have increased by far more than that – by about 30% in the last year alone. The ‘new normal’ in the agriculture business is fluctuating food prices, strongly influenced by crop failures from the extreme weather and financial speculators ‘making a killing‘ by betting the prices up and down.

Then there’s the stress that is deliberately propagated through societies via government-sponsored terrorism. As Joe Quinn and Niall Bradleywrote last week regarding the Boston Marathon bombing:

Many older Europeans ought to be familiar with the ‘Strategy of Tension in Europe in the ‘Cold War’ years. The strategy of tension, employed by US and European government agents, was a tactic that aimed to divide, manipulate and control public opinion using fear, propaganda, disinformation, psychological warfare, agents provocateurs, and false flag terrorist attacks.

The theory began with allegations that the United States government and the Greek military junta of 1967-1974 supported far-right terrorist groups in Italy and Turkey, where communism was growing in popularity, to spread panic among the population who would in turn demand stronger and more dictatorial governments. There is no reason to assume, or believe, that governments today are any less interested in controlling the people through fear and terror.

Josef Stalin is supposed to have said, “The easiest way to gain control of a population is to carry out acts of terror. [The Public] will clamor for such laws if their personal security is threatened.” Kupelain comented in his article that “radical change cannot be accomplished while Americans are calm, happy, content and grateful for their blessings. Citizens must be unhappy and stressed out.” It’s an important point. Content people during relatively stable times would neither allow nor demand dictatorial government. And so, citizens must be fearful, unhappy and stressed out, at which point they themselves begin to clamour for government ‘protection’ and control.

The problem of overbearing government stressing us out is compounded by psychiatric practices that only make things worse. The pineal gland, long considered the ‘third eye’ or ‘seat of the soul’, is extremely sensitive to toxic fluoride compounds found in public water supplies and Prozac, which then seem to turn it to stone through calcification. How appropriate is that? As health researcher Sayer Ji explains,

Prozac may represent an archetypal example of how fluoride affects the personality/soul. This drug (chemical name fluoxetine) is approximately 30% fluoride by weight and marketed as an “antidepressant,” even while a major side effect of its use and/or withdrawal is suicidal depression. Modern psychiatry often treats depressive disorders – the “dark night of the soul” – as an organic disorder of the brain, targeting serotonin reuptake by any chemical means necessary. Fluoride and fluoxetine, in fact, may accomplish their intended “therapeutic effects” by poisoning the pineal gland. Animal studies confirm that when mice have their pineal glands removed they no longer respond to fluoxetine.

Perhaps the primary reason why Prozac causes a favorable reaction in those who are treated (poisoned) with it, is that it disassociates that person from the psychospiritual conflicts that they must normally suppress in order to maintain the appearance of sanity and functionality in society, i.e. it is control and not health that is the goal of such “treatment.”

To paraphrase Krishnamurti, Big Government and Big Pharma have teamed together to ensure that you can readjust and reintegrate into a profoundly sick society – and that, surely, is no measure of health.

Completely divested from anything spiritual, mental health science leaves out all mention of the world’s problems and our capacity to figure them out. On the contrary, thinking is discouraged. Just focus on the positive and take your pill to make you essentially like a psychopath who doesn’t give a damn. Just get a prescription and don’t ask questions!