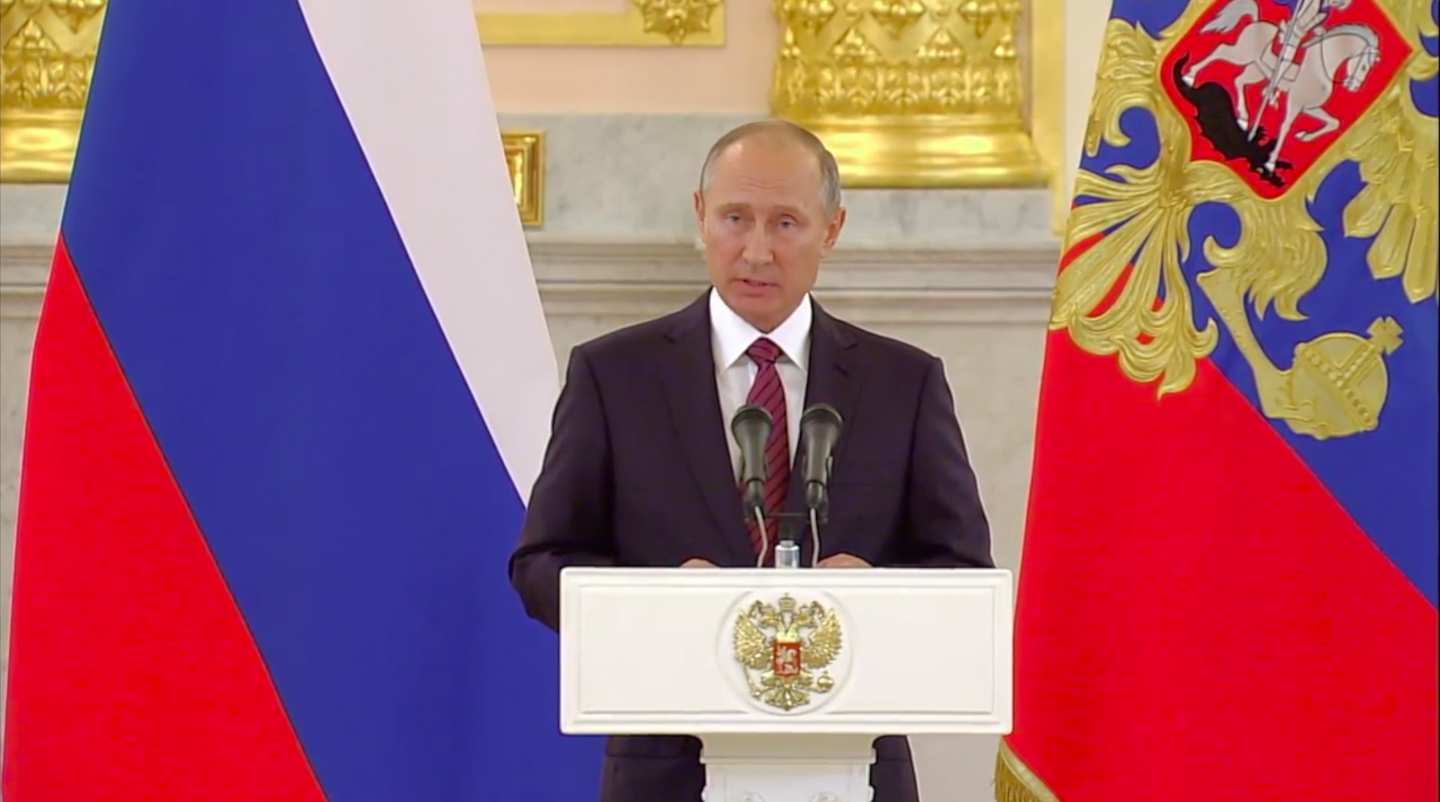 Jon Huntsman, the new United States Ambassador to Russia, presented his credentials to Russian President Vladimir Putin in Moscow on Tuesday, at a ceremony that symbolized the start of the diplomat’s work in Russia.

During the ceremony, the Russian leader expressed his condolences to those affected by the massacre in Las Vegas.

Russian President: “I would like to express my sincere condolences in connection with the terrible tragedy in Las Vegas, we mourn with those who have lost loved ones and wish all the wounded to recover.”

Russian President also made some important remarks on current US / Russia relationship stating that current bilateral relations are not “satisfactory” but he also expressed hope for constructive cooperation between two nations in the future.

Russian President: “As for bilateral relations, its current level cannot be satisfactory, we stand for constructive, predictable and mutually beneficial cooperation, we are convinced that it should be based on the principle of equality, following national policy interests, and not interference in internal affairs.”