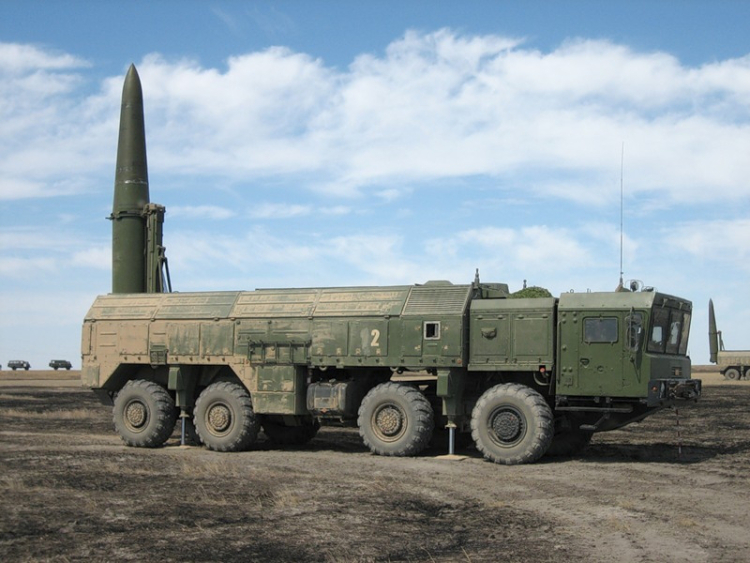 General Nikolai Makarov, Russia’s most senior military commander, warned Nato that if it proceeded with a controversial American missile defence system, force would be used against it.

“A decision to use destructive force pre-emptively will be taken if the situation worsens,” he said.

Gen Makarov has threatened to target Nato bases hosting an anti-missile system designed by the US to protect European allies against attack from states such as Iran.

He said that Russia would counter Nato deployment by stationing short-range Iskander missiles in the Russian Kaliningrad exclave near Poland, creating the worst military tensions since the Cold War.

“The deployment of new strike weapons in Russia’s south and northwest – including of Iskander systems in Kaliningrad – is one of our possible options for destroying the system’s European infrastructure,” he said.

John McCain, the US senator on a visit to Lithuania, attacked Russia’s plans in Kaliningrad as an “excuse to have a military build-up in this part of the world”.

“It is really an egregious example of what might be even viewed as paranoia on the part of Vladimir Putin,” he said.

The chief of the Russian general staff has drawn up a detailed analysis, presented to the Alliance, that claims to show the Nato system could eliminate Russian missiles by the end of the decade.

“A thorough analysis showed that once the third and fourth stages are deployed, the capability to intercept Russian intercontinental ballistic missiles will be real,” he said.

The missile defence row with Russia has dogged relations between Moscow and Washington for a decade and has now threatened to derail President Barack Obama’s 2009 overture to “reset” diplomatic ties.

Anatoly Serdyukov, the Russian defence minister, warned on Thursday that Russia-Nato negotiations on the anti-missile system had reached an impasse.

“We have not been able to find mutually-acceptable solutions at this point and the situation is practically at a dead end,” he said.

Russia’s threat to militarise the dispute came as a special American and Nato team began Moscow talks ahead of next month’s official deployment of the first elements of the new missile shield.

Alexander Vershbow, Nato’s deputy secretary general, tried to reassure Russia that the new system was not even able to target Russian intercontinental ballistic missiles, even if the Alliance wanted to.

“Our Nato system is neither designed against, nor directed at Russia,” he said.