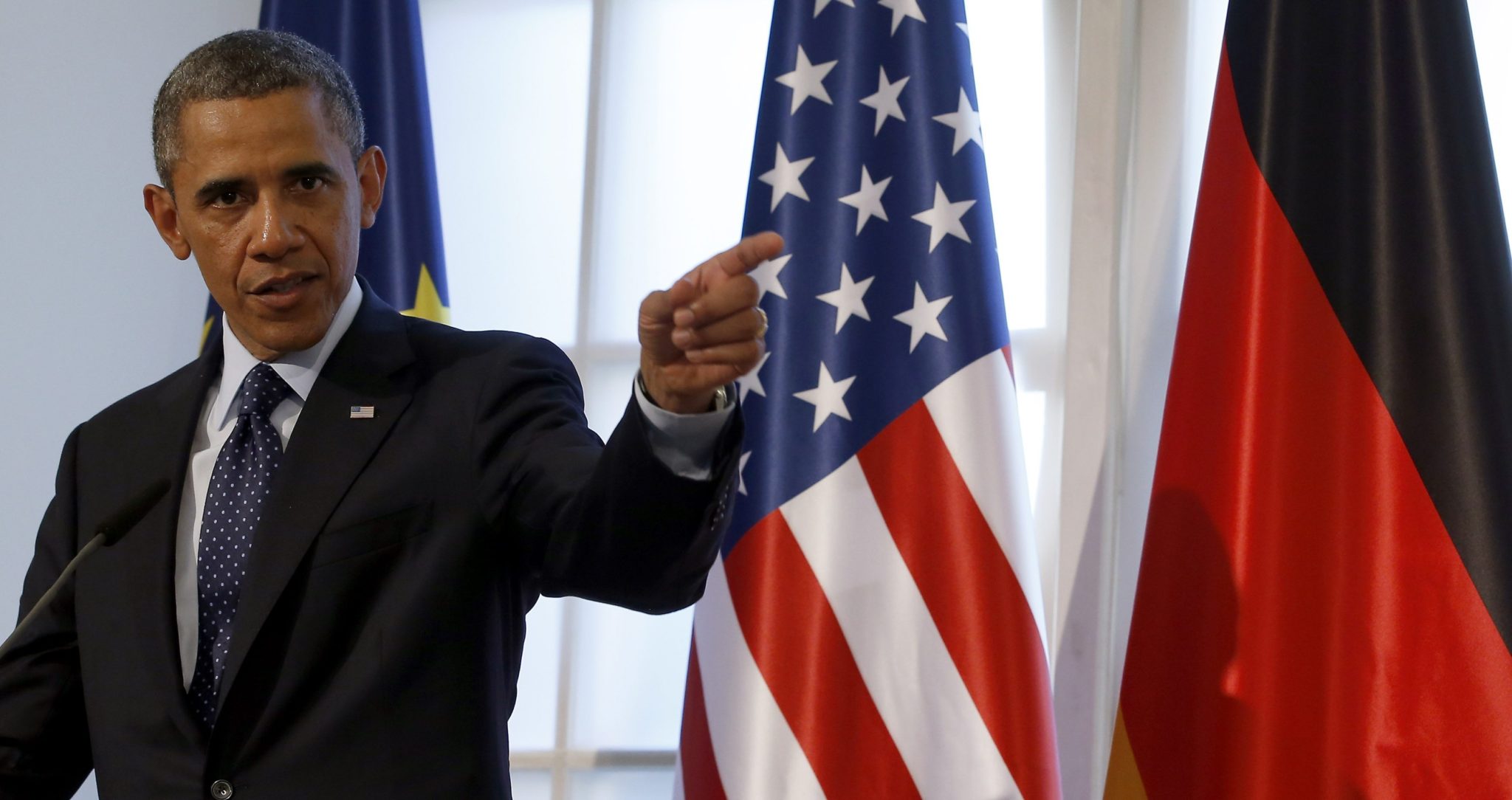 US President Barack Obama says that some blame lies with Russia after one of its military jets was shot down after it supposedly violated Turkish airspace on Tuesday.

Obama said that “if Russia is directing its energies toward Daesh and ISIL,” aka ISIS, “some of those conflicts or potentials for mistakes or escalation are less likely to occur.”

“Turkey, like every country, has a right to defend its territory and its airspace,I think it’s very important right now for us to make sure that both the Russians and the Turks are talking to each other to find out exactly what happened and take measures to discourage any kind of escalation.”

The Turkish military said on Tuesday that it downed a Russian jet that violated Turkey’s airspace and that the aircraft did not respond to repeated warnings. Russia has been bombing targets in Syria, which shares a border with Turkey,  fighting ISIS.

Obama : “I do think that this points to an ongoing problem with the Russian operations in the sense that they are operating very close to a Turkish border and they are going after moderate opposition that are supported by not only Turkey but a wide range of countries,” Obama said at the press conference,If their priority is attacking the moderate opposition that might be future members of an inclusive Syrian government, Russia is not going to get the support of us or a range of other members of the coalition.”

Both Obama and Hollande also noted that Syrian President Bashar al-Assad wouldn’t have a role to play in the future of Syria.

Before the Russian jet was shot down some official reports came from EU emphasing that Asad has an important role in fighting ISIS.

Mr Kurz: “We need a pragmatic common approach in this respect including the involvement of Assad in the fight against Islamic State terror.”

The British foreign secretary gave an interview with French daily Le Monde on Friday, in which he appeared to depart from the strict US and western policy of not talking with Assad.

The EU’s High Representative for Foreign Affairs, Federica Mogherini, has said it is now time to accept that Assad is “part of the Syrian reality” (though she added that Europe is still working “to make sure that Syria’s future is without Assad”). Mogherini suggested the EU would be willing to work with all actors, including Iran and Russia – both of which support Assad remaining in power – in order to finally bring the conflict to a close.

German Chancellor Angela Merkel said early Thursday that Syrian President Bashar al-Assad should be part of negotiations with the West.

Also lets not forget that Russia has started to hit hardly ISIS in all fronts in Syria.

These where earlier reports:

-“Russia has hit the ISIS ‘capital’ Raqqa with cruise missiles – just hours after saying the passenger jet brought down in Egypt had been bombed.

The strikes come after it was revealed French jets had pounded targets in the terrorists’ Syrian stronghold, including a command centre and a recruitment base for jihadists.

Russian President sent its missile cruiser Moskva, which is in the Mediterranean Sea, to work with France’s military, who are carrying out more airstrikes over Syria tonight after ISIS claimed responsibility for the Paris terror attacks which killed 129 people and injured 352.”

-“The Russian defence minister said the air force was increasing the number of aircraft involved in pounding jihadis to 69.

Moscow’s warplanes have carried out a staggering 394 sorties in just the last three days, hitting 731 rebel targets across Syria.

It comes amid confusion over whether Russia will send in boots on the ground, with the Kremlin today saying they will not launch a full-scale ground war for the time being.

But they refused to rule out such action in future amid reports that Putin is preparing to send in 150,000 troops to end the reign of evil ISIS once and for all.”

Contrary to Western claims Russia is hurting ISIS hard, whilst US air strikes are token and ineffective.

So Russia was hitting ISIS hard with France, EU and all the media reported that we all should think of Asad  and Russia role in future conflict with ISIS. USA has being wery well reserved during that time, all the time. Than Turkey shot down the Russian jet and then this has happened.

ISIS should be defeted no matter what because ISIS it is the main reason of instability of the middle East and the  region in question.

So for the time being the main problem should be solved then as time passes by USA should think of giving some real support to Russia , France and others to fight ISIS.

It should be done, if the the main  goal of Western civilization , Russia and rest of the civilized world is defet  ISIS and to get out from constant rumbling ?

Isn’t it  or the rumbling is just starting ???