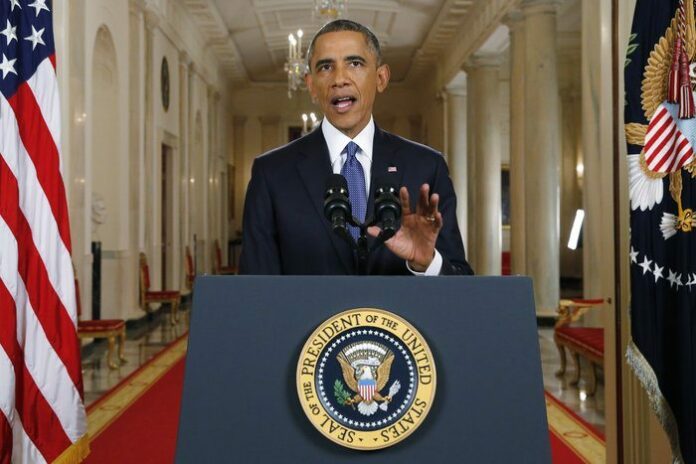 President Barack Obama announced an executive order on immigration reform Thursday, which he will sign on Friday. The actions will affect up to 5 million undocumented immigrants in the US, many of whom are the parents or spouses of legal residents. Comment: This isn’t the first time he has attempted this.

Obama announced his plan for unilateral action on immigration via a prime-time address from the White House. He will sign the executive order during a rally in Las Vegas on Friday. Because the plan will not be passed by Congress, it could also be easily reversed by a new president after Obama’s term runs out in just over two years. The president called his actions “a commonsense middle ground approach,” as he continued to push Congress to pass a comprehensive bill reforming the country’s immigration system. Under the terms of his order, undocumented immigrants who have lived in the US for five years or more, and are parents of American citizens or lawful residents, will be subjected to criminal and national security background checks. Once these are completed, they can pay taxes and defer deportation for three years at a time.

The US will also increase security at the borders and focus deportation efforts on criminals and potential security threats rather than families. “Mass amnesty would be unfair. Mass deportation would be both impossible and contrary to our character,” Obama said in his remarks. “If you meet the criteria, you can come out of the shadows and get right with the law. If you’re a criminal, you’ll be deported. If you plan to enter the US illegally, your chances of getting caught and sent back just went up.” Comment: Deporting undesirables: Obama has deported a record 2 million people from the U.S., two-thirds of them for ‘minor