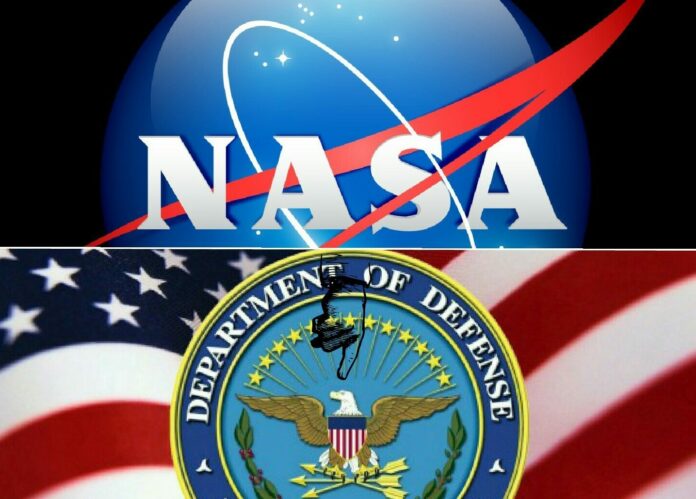 Couple of days ago TBU NEWS  has received an answer from NASA on a question that TBU NEWS asked NASA to respond two months ago. And they did respond but as it seems NASA did not understood the question quite well  so basically this was the main reason why TBU NEWS has not published this answer sooner.

Nevertheless the answer is going to be published today and is up to you to make your own opinion.

The story goes like this and the facts are:

Two months ago TBU NEWS has started a new section on TBU NEWS that is called  TBU NEWS / NASA – EXOSCIENCE  (https://tbunews.com/tbu-news-hello-online-again/) and that goes and is going to continue to develop in the future as we explained : “TBU NEWS and NASA will bring you “Exoscience” closer to the stars and a glimpse in real science and NASA effort to scan the universe for life elsewhere.”

In its basic sense, it is all the sciences that are used beyond Earth. Exo means “outside.”

Is exobiology the study of extraterrestrial life on exoplanets? Also known as astrobiology, these terms mean the study of anything biological in space. Some have adopted the term to mean the exclusive study of aliens, but this is not accurate.
It could someday stretch to include other astro species, but for now it’s about studying the effects of space on Earth-based life, whatever organic life we may find, and the evolution of life in the Universe. Just ask astrobiologist Pascale Ehrenfreund. A related field, space psychology, is the study of the effects of space on the brain.

Exoplanets could be anywhere there is a star, but most known exoplanets are currently found our in our local neighborhood.

How are exoplanets found?

There are several methods used in discovering exoplanets, but also some hindrances. Optics from Earth are still not often strong enough to see exoplanets in the visual spectrum but rarely. Another issue is that unlike stars which are easy to see because they are luminous, planets only reflect a minimal amount of light. Currently scientists rely on other electromagnetic radiation and indirect evidence such as:

In March 2009, NASA launched the Kepler Space Telescope whose sole mission is to look for extrasolar planets.

√ Excellent list of the methods used by different observtories.

You can read more at:

So NASA is researching this field of science and it is the leader in it. TBU NEWS is respecting this and is very interested in this and it will follow NASA role and research in the future and will inform you very objectively about NASA research into the field of Exoscience.

These are NASA EXO programs:

So two months ago TBU NEWS has started this section and according to this TBU NEWS has sent couple of questions to NASA that TBU NEWS deemed to be responded and that are appropriate to ask due to our interest in this field and cooperation to follow this research as it goes.

So the questions sent to NASA were :

And NASA answer was this (just a part of the email that was sent to TBU NEWS : RE: Extraterrestrial Life – [email protected] – Gmail

Print screen of the communication

As you can see the questions were about Exoscience an their role , plans for the future in the field of research in which they are without any doubt the leader.

TBU NEWS never asked NASA about UFO and if they are tracking or researching UFO activities but nevertheless they have responded to TBU NEWS that they are quoting:

“NASA does not track or research Unidentified Flying Objects (UFO’s).”

and that is not all they pointed a finger on those who actually do track and research UFO “Department of Defense” of United States quote:

“For more information about the U.S. Government and UFO’s, please visit:
http://www.defense.gov/faq/pis/16.html”

There is one more thing:

TBU NEWS has decided to visit the link that NASA provided but when you visit this link this happens:

IMPORTANT NOTICE: The next four screenshots are made on 11.07.2019 because the old ones have been accidentally deleted or somehow removed from our archive. Nevertheless,  the only difference from new ones and the old is the design due to change in DOD website improvements that were done in past couple of years.

Then TBU NEWS has tried to type UFO in search of “Department of Defense” and search their archive but this is what happened:

Only couple of search results comes up and only some of them are about UFO or to be precise that have UFO mentioned in them and when TBU NEWS tried to open some of them this is what happens:

This one was the only one document that could be open, TBU NEWS has not researched this document: So basically nothing page not found, info not existing or documents removed. We are talking about NASA and Department of Defense of United State Government not some kind of poor made and third kind party web site.

So we received the response from NASA that TBU NEWS will not comment any further, an answer on a question that TBU NEWS did not asked, and they pointed us to Department of Defense page that can not give you any extra info due to reasons mentioned above but at least the told us who does track and research the UFO again NASA quote:

“NASA does not track or research Unidentified Flying Objects (UFO’s).

For more information about the U.S. Government and UFO’s, please visit:
http://www.defense.gov/faq/pis/16.html“

It is not a strange thing that Department of Defense from any country is tracking and researching  UFO it is their job to protect the sky above us (UFO of any kind plane, spy plane, satellite, drones etc etc  and UFO only means Unidentified Flying Objects) but it is strange that NASA responded in this way and when the Subject of a question was Extraterrestrial Life and Exoscience in which NASA is leader in the world.

Maybe their press person did not understood the question but TBU NEWS decided to share this with you and next time TBU NEWS will ask NASA the questions more clearly and precisely.