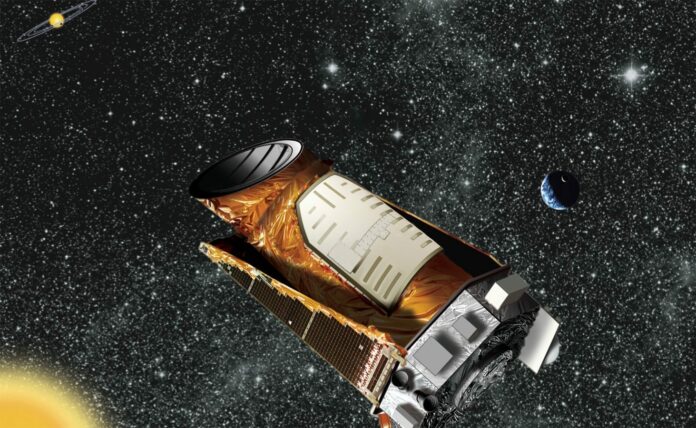 NASA will host a news teleconference at noon EDT Thursday, July 23 to announce new discoveries made by its planet-hunting mission, the Kepler Space Telescope.

The first exoplanet orbiting another star like our sun was discovered in 1995. Exoplanets, especially small Earth-size worlds, belonged within the realm of science fiction just 21 years ago. Today, and thousands of discoveries later, astronomers are on the cusp of finding something people have dreamed about for thousands of years — another Earth.

The briefing participants are:

Launched in March 2009, Kepler is the first NASA mission to detect Earth-size planets orbiting distant stars in or near the habitable zone — the range of distances from a star in which the surface temperature of an orbiting planet might sustain liquid water. The telescope has since confirmed more than 1,000 planets and more than 3,000 planet candidates spanning a wide range of sizes and orbital distances, including those in the habitable zone.

For dial-in information, media should e-mail their name, affiliation and telephone number to Felicia Chou at [email protected] no later than 10 a.m. Thursday. Questions can be submitted on Twitter during the teleconference using the hashtag #askNASA.

The teleconference audio and visuals will be streamed live at: http://www.nasa.gov/newsaudio