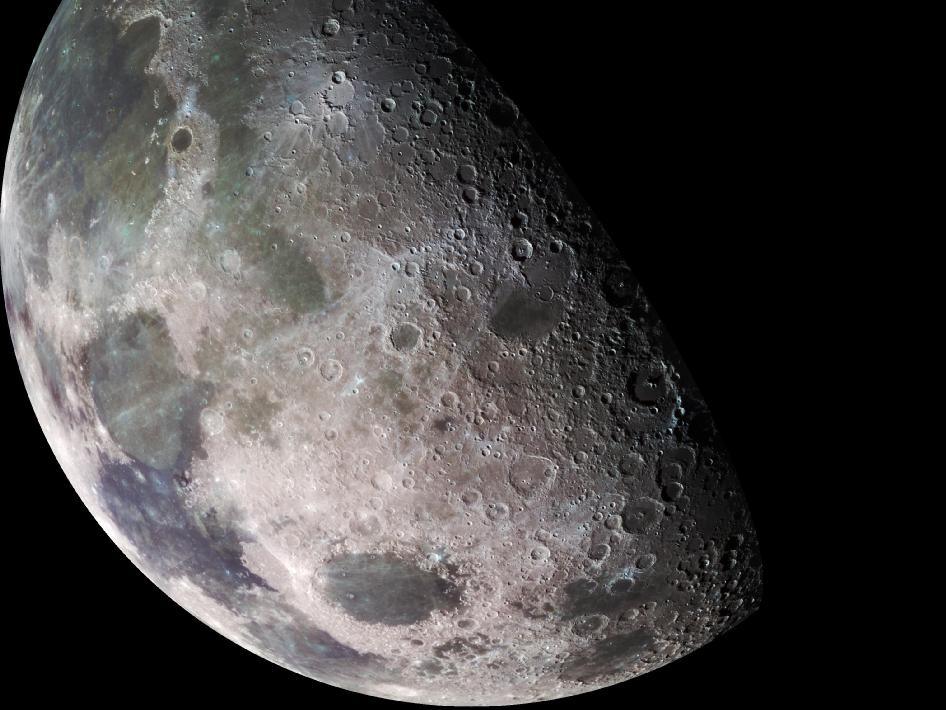 Scientists have pinned down the birth date of the moon to within 100 million years of the birth of the solar system – the best timeline yet for the evolution of our planet’s natural satellite.

This new discovery about the origin of the moon may help solve a mystery about why the moon and the Earth appear virtually identical in makeup, investigators added.

Scientists have suggested the moon was formed 4.5 billion years ago by a gigantic collision between a Mars-size object named Theia and Earth, a crash that would have largely melted the Earth. This model suggested that more than 40 percent of the moon was made up of debris from this impacting body. (Current theory suggests that Earth experienced several giant impacts during its formation, with the moon-forming impact being the last.)

However, researchers suspected Theia was chemically different from Earth. In contrast, recent studies revealed that the moon and Earth appear very similar when it comes to versions of elements called isotopes – more so than might be suggested by the current impact model. (Isotopes of an element have differing numbers of neutrons from one another.)

“This means that at the atomic level, the Earth and the moon are identical,”study lead author Seth Jacobson, a planetary scientist at the Côte d’Azur Observatory in Nice, France, told Space.com. “This new information challenged the giant impact theory for lunar formation.”

How the moon evolved

No one seriously disputed an impact as the most likely scenario for the formation of the moon, Jacobson said. However, a virtually atomically identical moon and Earth threw the exact circumstances of the collision into question, he said.

Now, by pinpointing when the moon formed, Jacobson and his colleagues could help explain why the moon and Earth are mysteriously similar. The scientists detailed their findings in the April 3 issue of the journal Nature.

To help solve this mystery, Jacobson and his colleagues simulated the growth of the solar system’s rocky planets – Mercury, Venus, Earth and Mars – from a protoplanetary disk of thousands of planetary building blocks orbiting the sun.

By analyzing how these planets formed and grew from more than 250 computer simulations, the researchers discovered that if the moon-forming impact was early, the amount of material accreted onto Earth afterward was large. If the impact was late, the amount would then be small.

Past research had calculated the amount of material accreted onto Earth after the moon-forming impact. These estimates are based on how on how so-called highly siderophile or “iron-loving” elements such as iridium and platinum show a strong tendency to move into Earth’s core. After each giant impact the nascent Earth sustained, these elements would have leached from Earth’s mantle and bonded with heavy, iron-rich material destined to sink to Earth’s heart.