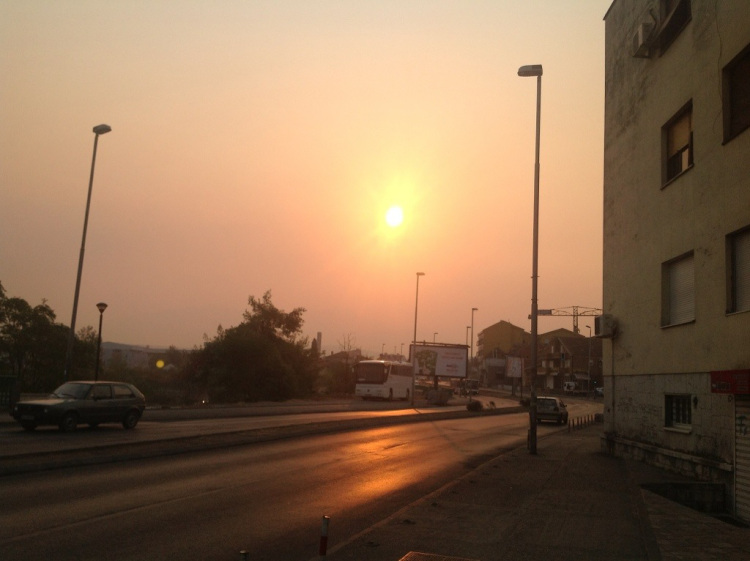 Montenegro – The air in Podgorica yesterday was again polluted four times higher than normal due to wild fires raging around Podgorica and Montenegro.

After two days of rest for the lungs, which was due to the northern wind, from the Agency for Environmental Protection announced that the concentration of powder materials in the air today at 10 am was 187 micrograms per cubic meter.

UPDATE :
Agency for Environmental Protection authorities stated that the concentration of powder materials in the air measured today at 13 pm was 219,3 micrograms per cubic meter.

In a report published on the website of the Agency states that the concentration of carbon monoxide is below the normal value.

Agency for Environmental Protection has recommended citizens to avoid staying outdoors due to increased concentration of dust particles.

This, first of all, refers to the most vulnerable segment of the population – children, the elderly and chronically ill.

Agency for Environmental Protection had earlier explained that this situation is in direct relation to meteorological factors, wind speed and direction, air pressure and high temperatures that caused a number of fires.

Firefighters on Monday registered more than 50 fires in the area of ​​Podgorica, which at that time created a ring of fire around the City.

Despite this, the air pollution on Monday was under the allowed values ​​because of the moderate north wind.

Wind, however, has stopped and the air quality has dropped sharply yesterday.

In these pictures that I took you will be able to see what the situation is and the scale of air pollution:

The sun can hardly be seen from the smoke that has formed clouds of smoke over the city.