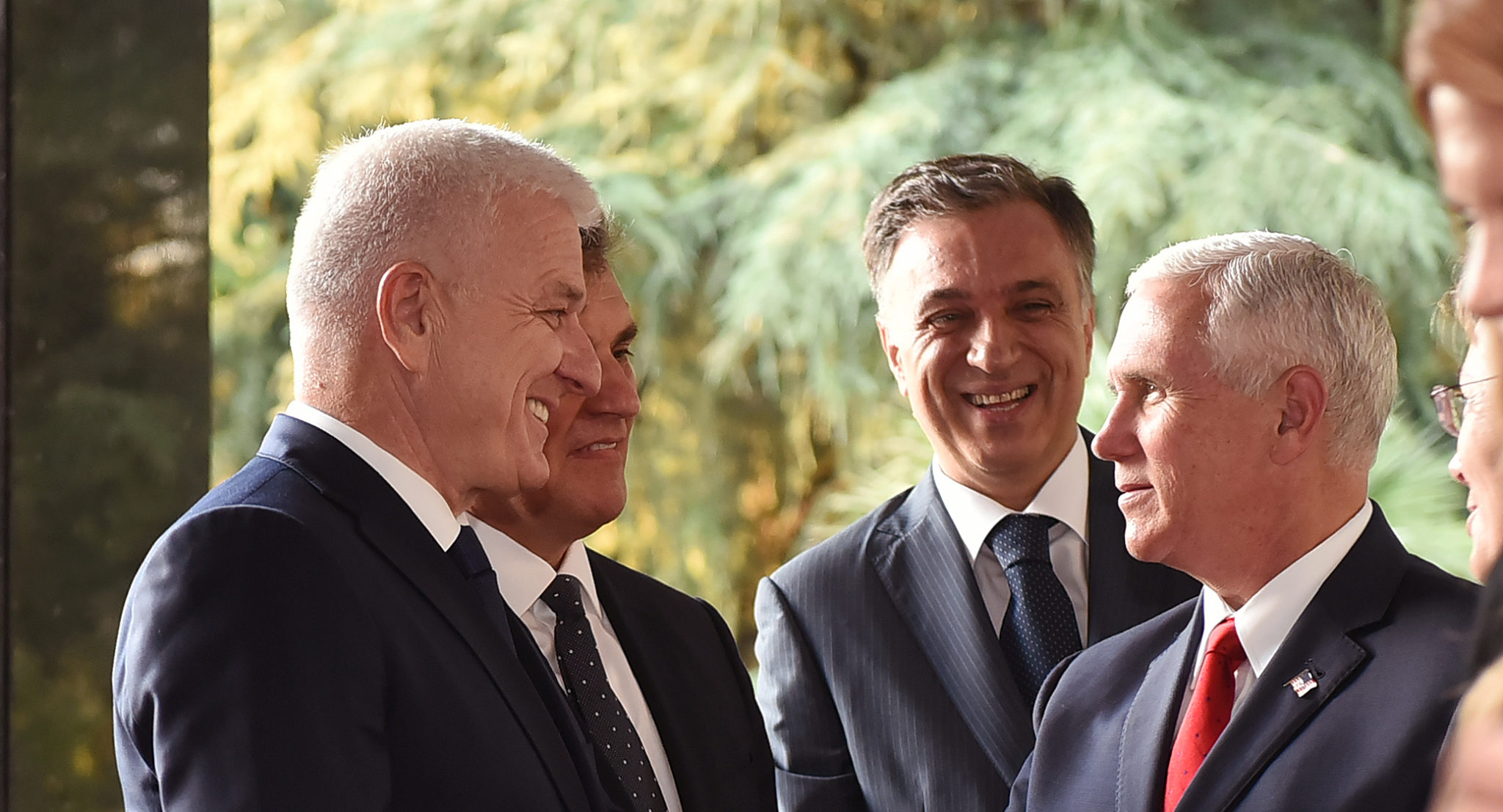 Prime Minister of Montenegro Duško Marković has hosted a gala dinner in honour of the US Vice President Mike Pence in Podgorica Montenegro. During the reception Pence stated that Montenegro is playing the leading role in advancing stability and security of the Western Balkan region:

“Thank you for the warm welcome my wife and I received on arriving in Montenegro. I am deeply honoured to be in your great country and to celebrate the long-standing relationship between the people of Montenegro and the people of the United States. It is my particular honour to be the first Vice President of the United States that has ever visited Montenegro,” stated Vice President Pence at a gala dinner while proposing a toast to the President, Speaker of the Parliament and Prime Minister of Montenegro, Filip Vujanović, Ivan Brajović and Duško Marković.

US Vice President said that he brought greetings from President Donald Trump.

“He sent me here as a tangible sign of our commitment to Montenegro as the newest member of NATO,” said Vice President Pence.

“I had a privilege of being with the Prime Minister during his visit to the White House on the very day of Montenegro’s accession to the North Atlantic Treaty Organisation. I offered my congratulations to him then, and President and I offer you our congratulations again now. I am here to offer you our congratulations on your accession to NATO, but also our appreciation for the strong alliance that dates far behind your participation in the world’s most successful defence organisation. America is honoured to celebrate its relationship with the strong and free people of Montenegro. Let me assure you that I am here to testify to the fact that America has no small allies, only strong allies,” the US Vice President stressed.