Killing the Scientific Inquiry and Squeezing the Juice 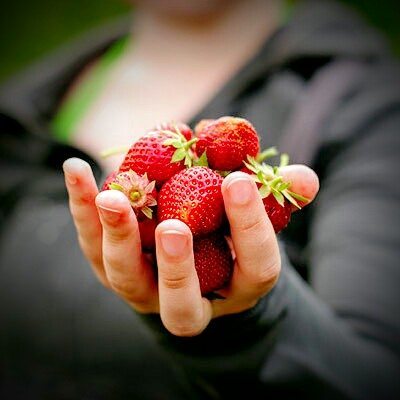 Scientific inquiry is one particular point that makes Humanity great. Proper scientific inquiry is what has made as great thought history until this moment in time. Humans are researchers and explorers. It is in our DNA. It can not be changed. But not everyone thinks or feels this way.

Loretta Lynch told the Senate Judiciary Committee on Wednesday that not only has she discussed internally the possibility of pursuing civil actions against so-called “climate change deniers,” but she has “referred it to the FBI to consider whether or not it meets the criteria for which we could take action.”

Lynch was responding to a question from Sen. Sheldon Whitehouse, D-R.I., who urged Lynch to prosecute those who “pretend that the science of carbon emissions’ dangers is unsettled,”

None of the public officials involved in this abuse of the prosecutorial power of the government recognize the outrageousness of what they are doing or are urging the FBI and the Justice Department to do. They want to investigate and prosecute corporations and individuals for their opinions on a scientific theory, for which there is not a consensus.

This not only represents a serious blow against the free flow of ideas and the vigorous debate over scientific issues that is a hallmark of an advanced, technological society like ours, it is a fundamental violation of the First Amendment.

This is the violation of basic human right to have an opinion and to act upon it.

Not to mention that these actions invasively attack and  disrupts the process of scientific development. Human development.

Science and Humanity can not develop if you do not have criticism, research, disagreements, exchange of opinions and most important the ability to recognize that you have made a mistake.

There are no scientific conclusions that can stay untouched for all times. Without any change. No. If this was the case then our greatest scientific achievement would be discovery of fire “by accidental thunder strike”.

I think that some organizations and people in some government institutions need to learn more about Science , Technology and Humanity and then to react properly.

If they don’t, then more of these out of touch ideas, actions and statements (as we had lately with Apple and Encryption) are going to come and on many various topics.

But maybe it is the main focus right now to take back the control. Sorry, but you can not get clock back. Nobody can. There is no option for that. Instead let the people with their professional experience and knowledge to decide. Let them do what they do best and think they should do. Lest see the results but give them the same starting point and the same opportunities. A fair game of choice and tools. Give them the chance to prove if they are right or wrong. Eventually they will come with the right conclusion.

And the responsibility is going to be ours. If we have in mind that we are doing what is best for human development. If we have: objectiveness in mind , objectiveness in research, sharing of ideas, acceptance that we can make a mistake and harmony between Spirituality and Science. If we incorporate all of this into our research we can not do anything bad especially at long terms.  A politician or a lawmaker can not decide if  one scientific theory is right or wrong. Science should decide that.

Don’t get me wrong Law enforcement has every right to do criminal investigations. If there are any suspected wrongdoing. If there are corrupt corporations, scientific institutions and scientists. FBI should react. Any law agency should react. Because those kind of corporations, institutions and scientists do not do us any credit at all. They are denying us of facts due to selfish interests and profit. They are denying us from human development. But these kind of accusations must be made without any possible doubt and with strong evidence. WITHOUT ANY DOUBTH LEFT AND DONE TRANSPARENTLY AS MUCH AS POSSIBLE. But most important is to let the facts and real science get the real conclusions and truth out whatever it is. It will be good for FBI and for Justice too. It is going to be good for any government or any individual on this planet.

If we go at the extremes to force something in place nevertheless if it is the truth or not. Without trying everything that we can. Every alternative that is. Than we have failed in every way as humans especially as scientists and researchers.

DO NOT KILL THE SCIENTIFIC INQUIRY.DO NOT KILL ANY INQUIRY AT ALL. A PROPER INQUIRY CAN ONLY BENEFITS US ALL.

We must give freedom to evolution to take its natural steps of development in every branch of human interest. Science, technology, medicine, fuel, transport, climate , nature , spirituality etc.

We can not stop the evolution. We can try to slow it down a little, but we can not stop the universe. It is pretentious from us to think that we can. But what we can do is to make it better. Better, if we contribute in a right way. We can make the reality better for everyone of us. We just need to try to do our best and to try to do what is right. And as I said we need to accept mistakes. This will not kill us . This is going to make us better.

More you squeeze the more truth and problems comes out. Just try to squeeze a hand full of strawberries and see what happens with the juice. It comes out all over the hand.

Truth can not be forced. Truth does not need to be forced upon anybody or anyone. Truth is truth and it remains the truth nevertheless the circumstances. Truth always comes at it righteous place.

But if forcing comes. When the oppressive System comes out with repression. Nevertheless the reason is. Nevertheless what we think is right or wrong, truth or lie. If this happens, You will be able to hear a distant sound of clock ticking as it counts the last day’s of its existence.

This is what happens when things gets obvious.

Humanity is able to speak for it self trough wonderful things and achievements.

Give it a chance!