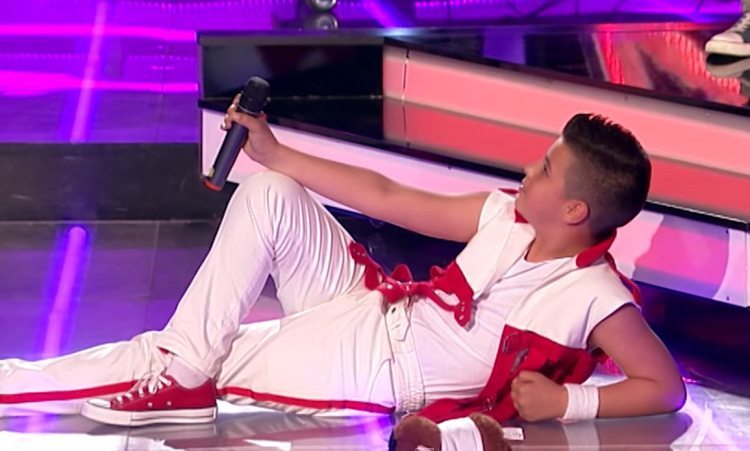 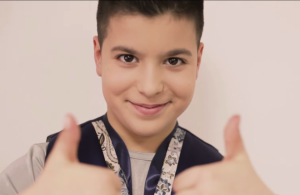 Jovan Aleksic did not win on this contest but he achieved his dream he shined as a star and he will continue to shine as one. TBU NEWS is great-full for his talent and show that he gave to us. Thank you Jovan and Congratulations. Also we must congratulate Marija Serdar the winner of this contest and her beautiful voice. TBU NEWS and everyone that supported Jovan Aleksic has only one word to say to you Jovan.  CONTINUE!

Jovan Aleksic has achieved one more victory. This 12-year boy managed to enter in the “Super Finals” of this music contest and for one more time he will try to make his dream become reality. There is one more show, one more night “Super Finals” and Jovan will perform on 3 of July 2015  and as we all hope he will do as best as he can and achieve his goal on which path he gave us and showed us his talent,  great performance, and much much more. This time Jovan performed Uptown Funk  by Mark Ronson and Bruno Mars. (video coming soon)

So stay with Jovan give support and VOTE. (Voting will be accepted until 3 of July 2015 ).

Friday 19 – Jun, Jovan Aleksic made another success and entered in the finals of already mentioned music contest http://www.pinkovezvezdice.in.rs/.

Now it is time to help and give support to Jovan as much as you can Give support and vote (details are below).

Jovan Aleksic is a talented 12 year boy from Podgorica Montenegro. Right know he is trying to win and do his best at music contest of his dreams http://www.pinkovezvezdice.in.rs/ . In spite great competition and obstacles that one young person can face in these contests,  Jovan managed to go far as he could and this Friday he won and entered in the second circle of semi-finals and now he is closer to win than ever. I had the opportunity to know Jovan and to know his family and I must say that he is a very dissent boy with good manners a lot of talent and great dreams that only a boy in his age can have.

When you see him you can see in his eyes that there is an honest wish to win this contest, you can see innocence and pureness of soul and dreams that we all had at sometime in our child hood. But as you all know these children are under a lot of pressure when they face these contests and we all need to give them a hand a help to achieve their dreams and to let them shine in the light that they deserve because our children are our future and we should never forget that. He has a lot of supporters that can see this in him. He comes from a modest family that is very supportive and they are doing their best to put him on right path for Jovan to achieve his beautiful childhood dream to become a little star and to shine as all children should shine. Jovan is also very educated young boy right now in spite this demanding contest he is attending primary school and music and arts school “Vasa Pavic” also in Podgorica with very good grades and accomplishments. Jovan also has a lot of accomplishments in his young music carrier. Jovan has  won on a lot of music festivals for children, attended many contest but this one is far more important for his future for future of his dreams.

Here you can see how much Jovan Aleksic is talented and how good he performed on “Little star Pink TV contest” I personally was very impressed and Jovan managed to keep my attention during all of his performances TBU NEWS has chosen some of Jovan’s performances of some greatest artists of the world and songs that we all know, take look and judge by yourself:

Here it is how you can vote from supported countries that vote by sms is accepted:

Stay With Jovan give support and VOTE.

TBU NEWS is going to finish this article by these two beautiful and inspiring quotes:

“There is nothing like a dream to create the future.”
― Victor Hugo, Les Misérables

“All our dreams can come true, if we have the courage to pursue them.”
― Walt Disney Company

TBU NEWS has decided to give Jovan all the support that he need for free and we are not his sponsors in any way that one sponsor can be. Also Jovan has never been in contact with TBU NEWS officially as I told before I had the honor and opportunity to know him personally and to follow his development to a little star that he dreams to become. TBU NEWS must emphasize this because due to the contest rules and rules of the TV station that broadcasts this contest. TBU NEWS is abiding all the international laws , freedom of speech and reporting. TBU NEWS is taking full legal responsibility for everything that is stated in this article to be truth and truthfully reported.