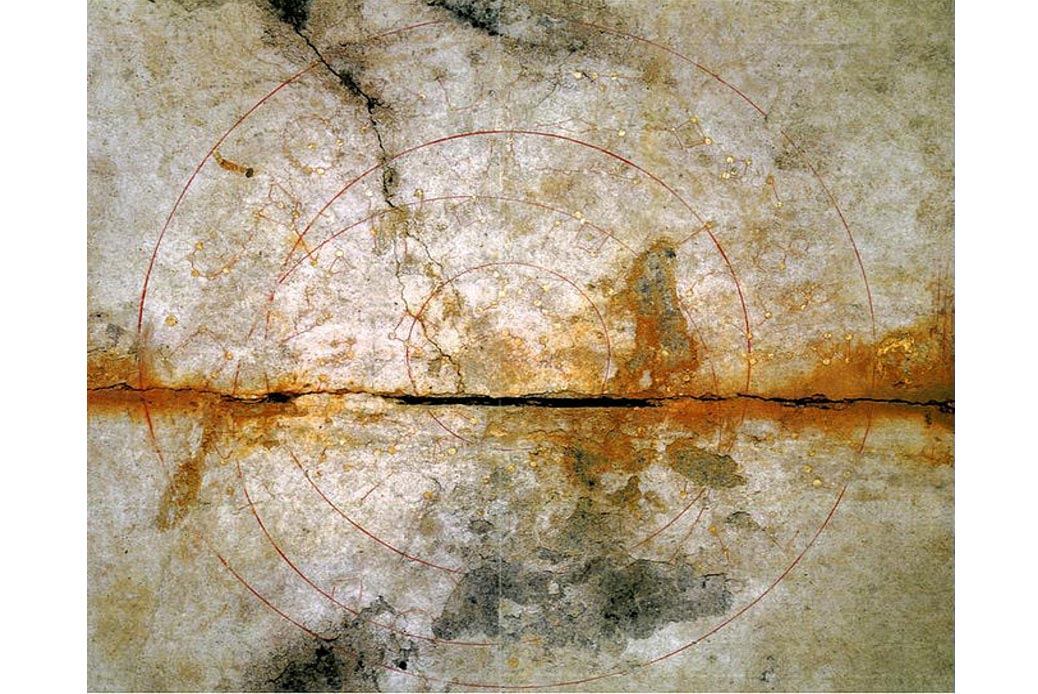 A star chart found on the ceiling of an ancient tomb here was apparently based on celestial observations made centuries earlier in China, the Agency for Cultural Affairs said July 15.

The star chart in the stone chamber of the Kitora Tomb, a government-designated special historic site in Asuka village, was discovered in 1998. The tomb was believed to have been constructed between the late seventh century to early eighth century, and is renowned for its richly colored murals.

The Kitora Tomb, is known for gorgeous, colourful paintings at the four cardinal points of the compass. A black tortoise guards the north of the ancient tumulus, which has been standing since the seventh or eighth century. A red phoenix stands at the south, a white tiger at the west and a blue dragon at the east. 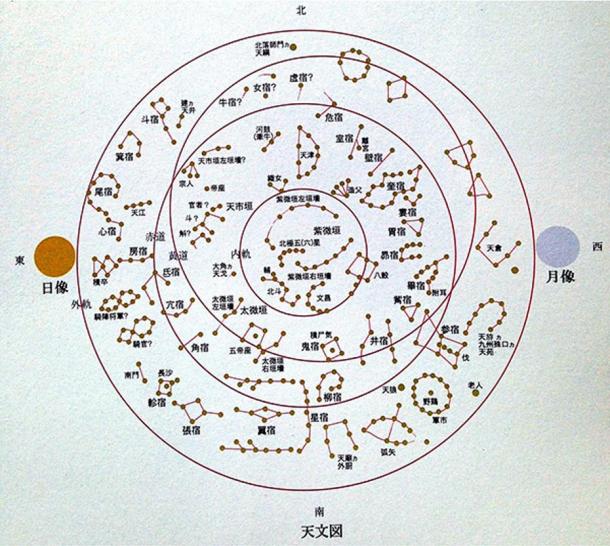 The star chart features 68 constellations depicted with gold discs. Three concentric circles, along with one representing the apparent path of the sun, portray the movement of celestial objects with the Polar Star at the center.

The drawing is believed to be the oldest extant star map.

The Agency for Cultural Affairs and Nara National Research Institute for Cultural Properties worked with Mitsuru Soma, an assistant professor of position astronomy at the National Astronomical Observatory of Japan, and Tsuko Nakamura, a researcher of modern astronomy with Daito Bunka University’s Institute of Oriental Studies, to work out where in China the stars were observed and when the map was drawn there.

According to Kazuhiko Miyajima, a professor at Doshisha University who studied the chart after the tomb was discovered in 1998, this makes it possibly the oldest astronomical chart of its kind in the world. It has designations for the horizon, equator and ecliptic circles, as well as recognisable patterns of stars.