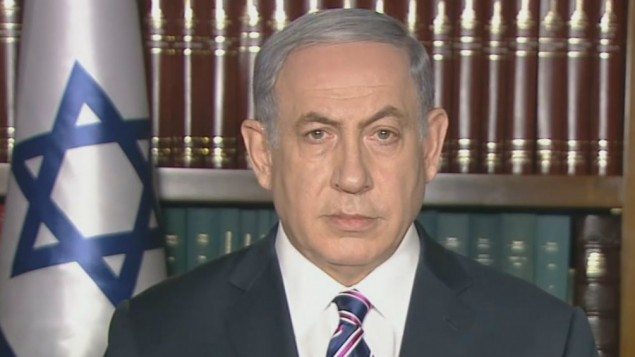 As the U.S. Congress received the Iran nuclear agreement on Sunday, Israeli Prime Minister Benjamin Netanyahu urged lawmakers to hold out for a better deal and said there was no way to compensate Israel if the agreement goes through.

“Don’t make this bad deal. Hold out for better deal,” Netanyahu said on ABC’s “This Week” as he continued a string of U.S. media interviews denouncing the deal reached on Tuesday between Iran and six major powers.

The Israeli prime minister believes that the nuclear agreement reached in Vienna to curb Iran’s nuclear program does not prevent but only puts off Iran from becoming a nuclear armed nation, and that relaxing the strict sanctions regime gives it billions of dollars to do so.

Netanyahu says the deal endangers his country, the region and the world and there was no way Israel could feel safe if it takes effect.

“The deal “endangers our survival,” Netanyahu told ABC’s “This Week” program, adding that Western intelligence agencies aren’t foolproof and may fail to discern if Tehran violates the deal and clandestinely breaks out to the bomb.

“Everybody talks about compensating Israel,” he said on ABC. “If this deal is supposed to make Israel and our Arab neighbors safer why should we be compensated with anything?”

President Barack Obama has promised to exercise his veto if Congress rejects the deal. Overriding the veto will require a two-thirds majority of both the House of Representatives and Senate, so the administration is working to win over enough of Obama’s fellow Democrats to offset strong Republican opposition.