Greek bank: Country would implode if it pulled out of the Eurozone? 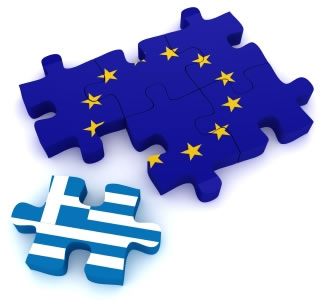 29.May 2012 – In a report released ahead of an election on June 17 that may determine whether the country stays in the single currency, the country’s biggest bank said the risk of Athens exiting the euro was no longer just a theoretical possibility, warning that the fallout from such a move would be dramatic.

“An exit from the euro would lead to a significant decline in the living standards of Greek citizens,” the NBG wrote ahead of a vote which parties opposed to austerity measures that have kept Greece in the euro so far have a chance of winning.

The bank said per capita income would collapse by at least 55 percent, the new national currency would depreciate by 65 percent against the euro and a recession, now in its fifth year, would deepen by 22 percent.

Painting a dire picture of post-euro Greece, it added that unemployment would jump to 34 percent of the work force from around 22 percent now and that inflation would rise to 30 percent from its current level of 2 percent.

The NBG is due to report its first quarter earnings on Wednesday and is expected to announce a loss. Greek banks, including NBG, have hemorrhaged deposits since the crisis began and are perceived to be in favour of retaining the euro because the alternative might trigger a run on their reserves.

The NBG said it wanted to contribute to dialogue about Greece’s future with respect to the euro.