EITHER STARS ARE STRANGE, OR THERE ARE 234 ALIENS TRYING TO CONTACT US 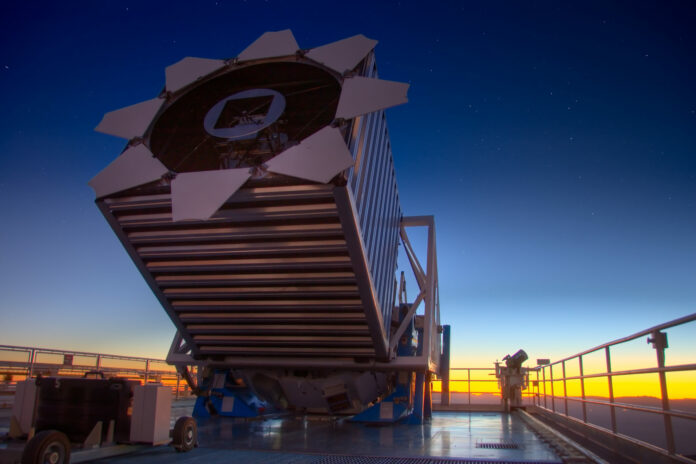 We all want there to be aliens. Green ones, pink ones, brown ones, Greys. Or maybe Vulcans, Klingons, even a being of pure energy. Any type will do.

That’s why whenever a mysterious signal or energetic fluctuation arrives from somewhere in the cosmos and hits one of our many telescopes, headlines erupt across the media: “Have We Finally Detected An Alien Signal?” or “Have Astronomers Discovered An Alien Megastructure?” But science-minded people know that we’re probably getting ahead of ourselves.

Skepticism still rules the day when it comes to these headlines, and the events that spawn them. That’s the way it should be, because we’ve always found a more prosaic reason for whatever signal from space we’re talking about. But, being skeptical is a balancing act; it doesn’t mean being dismissive.

What we’re talking about here is a new study from E.F. Borra and E. Trottier, two astronomers at Laval University in Canada. Their study, titled “Discovery of peculiar periodic spectral modulations in a small fraction of solar type stars” was just published at arXiv.org. ArXiv.org is a pre-print website, so the paper itself hasn’t been peer reviewed yet. But it is generating interest.

The two astronomers used data from the Sloan Digital Sky Survey, and analyzed the spectra of 2.5 million stars. Of all those stars, they found 234 stars that are producing a puzzling signal. That’s only a tiny percentage. And, they say, these signals “have exactly the shape of an ETI signal” that was predicted in a previous study by Borra.

A portion of the 234 stars that are sources of the pulsed ETI-like signal. Note that all the stars are in the narrow spectral range F2 to K1, very similar to our own Sun. Image: Ermanno F. Borra and Eric Trottier

Prediction is a key part of the scientific method. If you develop a theory, your theory looks better and better the more you can use it to correctly predict some future events based on it. Look how many times Einstein’s predictions based on Relativity have been proven correct.

The 234 stars in Borra and Trottier’s study aren’t random. They’re “overwhelmingly in the F2 to K1 spectral range” according to the abstract. That’s significant because this is a small range centred around the spectrum of our own Sun. And our own Sun is the only one we know of that has an intelligent species living near it. If ours does, maybe others do too?

The authors acknowledge five potential causes of their findings: instrumental and data reduction effects, rotational transitions in molecules, the Fourier transform of spectral lines, rapid pulsations, and finally the ETI signal predicted byBorra (2012). They dismiss molecules or pulsations as causes, and they deem it highly unlikely that the signals are caused by the Fourier analysis itself. This leaves two possible sources for the detected signals. Either they’re a result of the Sloan instrument itself and the data reduction, or they are in fact a signal from extra-terrestrial intelligences.

This graph shows the number of detected signals by Spectral Type of star. Image: Ermanno F. Borra and Eric Trottier

The detected signals are pulses of light separated by a constant time interval. These types of signals were predicted by Borra in his 2012 paper, and they are what he and Trottier set out to find in the Sloan data. It may be a bit of a red flag when scientist’s find the very thing they predicted they would find. But Trottier and Borra are circumspect about their own results.

As the authors say in their paper, “Although unlikely, there is also a possibility that the signals are due to highly peculiar chemical compositions in a small fraction of galactic halo stars.” It may be unlikely, but lots of discoveries seem unlikely at first. Maybe there is a tiny subset of stars with chemical peculiarities that make them act in this way.

To sum it all up, the two astronomers have found a tiny number of stars, very similar to our own Sun, that seem to be the source of pulsed signals. These signals are the same as predicted if a technological society was using powerful lasers to communicate with distant stars.

We all want there to be aliens, and maybe the first sign of them will be pulsed light signals from stars like our own Sun. But it’s all still very preliminary, and as the authors acknowledge, “…at this stage, this hypothesis needs to be confirmed with further work.”

That further work is already being planned by the Breakthrough Listen Initiative, a project that searches for intelligent life in the cosmos. They plan to use the Automated Planet Finder telescope at the Lick Observatory to further observe some of Borra’s 234 stars.

The Breakthrough team don’t seem that excited about Borra’s findings. They’ve already poured cold water on it, trotting out the old axiom that “Extraordinary claims require extraordinary evidence” in astatement on Borra’s paper. They also give Borra’s findings a score of 0 to 1 on the Rio Scale. The Rio Scale is something used by the international SETI community to rank detections of phenomena that could indicate advanced life beyond Earth. A rating of 0 to 1 means its insignificant.