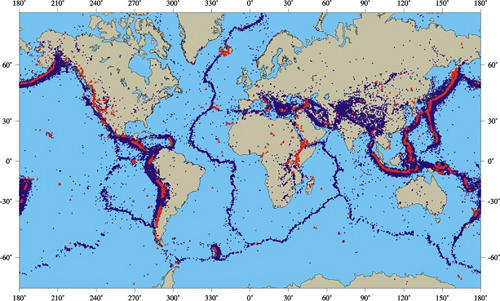 A leading earthquake scientist has warned that the planet could be cracking up after a series of massive quakes in just 48 hours.

The series started with two massive quakes in Indonesia measuring 8.6 and 8.2 on the Richter scale rapidly followed by three more only slightly smaller in Mexico within hours.

“There is no doubt that something is seriously wrong. There have been too many strong earthquakes,” said Marmureanu.

He added: “The quakes are a surprise that cannot be easily explained by current scientific knowledge. With the Indonesian quake for example, statistically, there should be one big earthquake in this part of Asia every 500 years. However, since 2004, there were already three quakes with a magnitude of over 8, which is not normal.