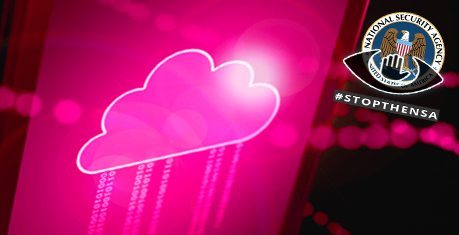 Deutsche Telekom is taking on Amazon, Google and the other US leaders in cloud computing, armed with a unique advantage — Germany’s tough data security laws.

T-Systems, a subsidiary of Germany’s largest telecoms group, has launched a new “public cloud” run out of its data centres in Germany that will offer companies computing, storage and networking services. Built on the Cisco cloud platform, it will, T-Systems says, lay the foundation for a “secure European internet of things”.
“Data on our system is 100 per cent out of the reach of the US authorities,” said Reinhard Clemens, who heads T-Systems.

The move comes less than a month after Microsoft announced it would shield customer information from US authorities by housing it on facilities operated by T-Systems.

Deutsche Telekom’s cloud project is a bold foray into a market that was created — and continues to be dominated — by the giants of Silicon Valley. But its offering could prove popular in Europe, where companies are increasingly calling for their data to be kept at home, on servers subject to European — not US — law.

The public cloud is designed for customers who do not want to build and operate their own data centres. IDC estimates the market to be worth $70bn this year. Gartner, a consultancy, said public cloud services grew 17.5 per cent in 2014 and will grow another 15.7 per cent this year.

NSA whistleblower Edward Snowden’s revelations about internet surveillance by US agencies have cast a shadow over the US part of the sector, raising questions about the ability of US tech companies to protect customers’ data privacy. *Washington Post and Guardian said that the NSA tapped directly into the servers of nine internet firms including Facebook, Google, Microsoft and Yahoo to track online communication in a surveillance programme known as Prism.

The GCHQ scandal widened on 21 June when the Guardian reported that the UK spy agency was tapping fibre-optic cables that carry global communications and sharing vast amounts of data with the NSA, its US counterpart.

Claims emerged on 29 June that the NSA had also spied on European Union offices in the US and Europe, according to Germany’s Der Spiegel magazine.

The magazine said it had seen leaked NSA documents showing that the US had spied on EU internal computer networks in Washington and at the 27-member bloc’s UN office in New York.

The paper added that it had been shown the “top secret” files by Edward Snowden.

One document dated September 2010 explicitly named the EU representation at the UN as a “location target”, Der Spiegel wrote.

The files allegedly suggested that the NSA had also conducted an electronic eavesdropping operation in a building in Brussels, where the EU Council of Ministers and the European Council were located.

It is not known what information US spies might have obtained. But observers say details of European positions on trade and military matters could be useful to those involved in US-EU negotiations.

The German government summoned the US ambassador on 24 October – a very unusual step – after German media reported that the NSA had eavesdropped on Chancellor Angela Merkel’s mobile phone.

Those concerns were echoed in the European Court of Justice’s recent decision to strike down an international pact that allowed the transfer of Europeans’ personal data to the US. The court said Mr Snowden’s leaks demonstrated that US intelligence agencies had almost unfettered access to the data, a clear infringement of Europeans’ rights to privacy.

The Deutsche Telekom subsidiary will serve as a “trustee”, meaning Microsoft staff would have no direct access to the data and would not have to give in to US government demands to turn it over.

T-Systems boasts that the new service it is launching — known as DSI Intercloud — would offer similar safeguards. Although Deutsche Telekom does business in the US, T-Systems is structured in a way to keep it legally separate.

“We’ve worked on this for two years and it’s clear that the US government has no chance of forcing us in Germany to deliver data to the US,” said Mr Clemens. Data could only be accessed, he said, “as part of a German criminal prosecution, or if the customer himself wants it.”

T-Systems has been trying to sign up multinationals scrambling to respond to the ECJ ruling. The first customer to use the new service is Covata, an Australian encryption provider.