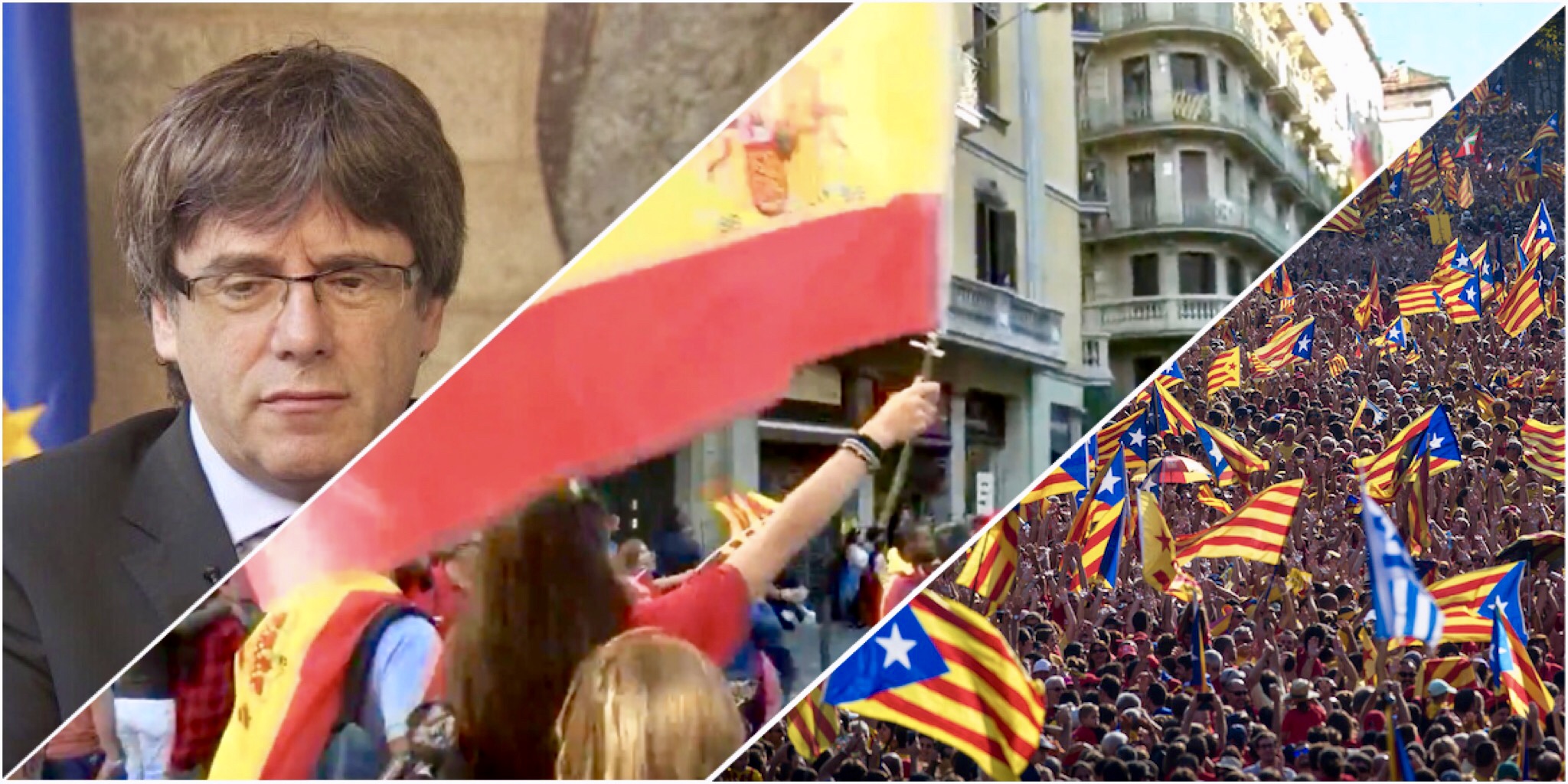 Catalan president Carles Puigdemont failed to give a clear answer, to deny or acknowledge the status of Catalonia by simply answering Yes or No.
Instead, Puigdemont has sent a four page letter to Rajoy making the explanation more vague then it was before. By refusing to clearly answer whether he has declared independence or not, Puigdemont has paved the way for the Spanish government to apply direct rule (Article 155) over the region from Madrid.

Earlier:
Catalan President Charles Puigdemont stated that the region has won the right to statehood.
“WE HAVE WON THE RIGHT TO HAVE AN INDEPENDENT STATE”
Catalonia has earned their right to have an independent state, this is the statement by the Catalan President Charles Puigdemontregional. Final results of the poll will be announced in the next few days.
“ON THIS DAY OF HOPE AND SUFFERING, CATALONIA’S CITIZENS HAVE EARNED THE RIGHT TO HAVE AN INDEPENDENT STATE IN THE FORM OF A REPUBLIC,” Puigdemont told to media.

Not much after, Puigdemont signed a declaration of #independence on October 10, but halted its execution to allow for negotiations. The Catalan president was then given until Monday to respond to Spanish PM Mariano Rajoy’s request to clarify if he did or did not declare the region’s independence.

Prime Minister Mariano Rajoy had set a Monday deadline for Mr Puigdemont to confirm whether or not the autonomous region had made a declaration of independence. The government of Spain had made clear that anything less than a clear “No” would set in motion Article 155, a constitutional tool allowing it to suspend Catalonia’s autonomy.

Its time for Catalan Government to stand behind the will of its own people. If the will of the people is independence then it must be independence! If it is not then Puigdemont must say No!