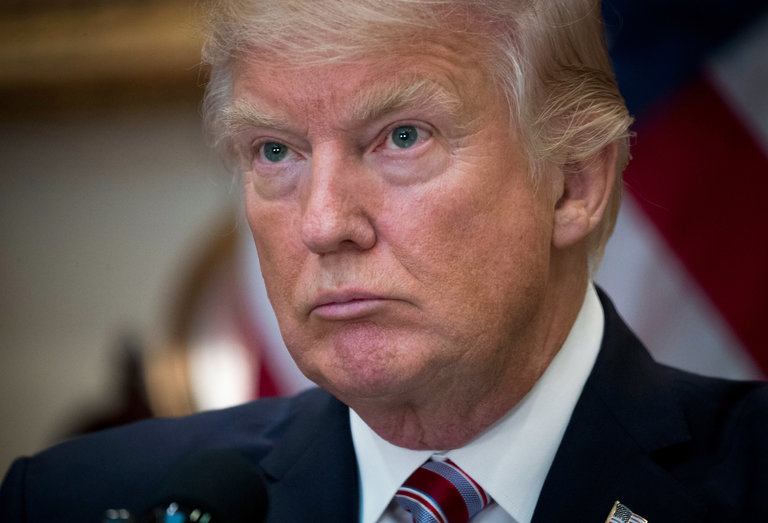 President Donald Trump has signed a new batch of sanctions into law which are directed against Russia, Iran and North Korea.

Donald Trump says the Russian sanctions law he signed into force is “significantly flawed” and includes unconstitutional provisions which displace the president’s authority.

“Today, I have signed into law H.R. 3364, the ‘Countering America’s Adversaries Through Sanctions Act.’ While I favor tough measures to punish and deter aggressive and destabilizing behavior by Iran, North Korea, and Russia, this legislation is significantly flawed,” Trump said in a statement released by the White House.

“By limiting the Executive’s flexibility, this bill makes it harder for the United States to strike good deals for the American people, and will drive China, Russia, and North Korea much closer together,” Trump stated after signing the bill into law.

According to unnamed White House official:
The administration will carry out the law, but has concerns about its impact and the constitutionality of some of its provisions, Bloomberg reported citing a signing statement Trump appended to the law.

According to the statement, Congress encroached on presidential authority and the sanctions will hurt US ability to work with allies.

Trump had little option but to sign the bill, as the Senate approved it by a vote of 98-2 on July 27, and the House of Representatives voted 419 to 3 in favor the day prior.

Not long after Russian envoy to UN Vasily Nebenzya gave a statement: “If those who came up with this bill thought that they could change our policies with it, they were mistaken. History is proof of that. They need to understand that we do not bend or break,” Nebenzya told media in New York.