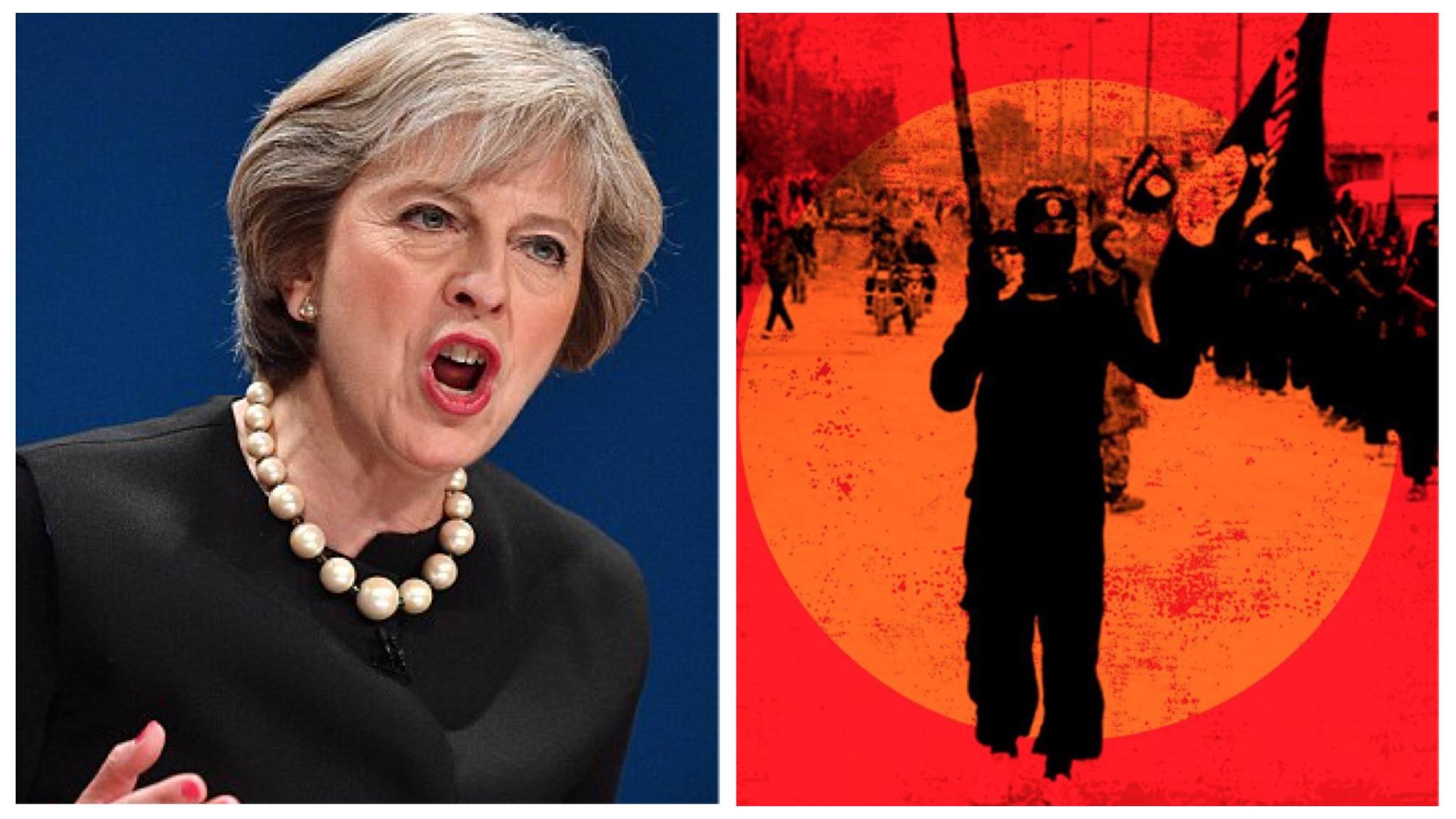 Prime minister Theresa May has said that she will rip up some human rights laws if they “stop us” from tackling terrorism.
YES, the fight against terrorism and ISIS must and should be absolute! But Human Rights of ordinary people MUST NOT BE TOUCHED! Not now, not in the Future! –

The Prime Minister said she will make it easier to deport foreign terror suspects back “to their own countries” and would “restrict the freedom and movements of terrorist suspects” if re-elected on 8 June.