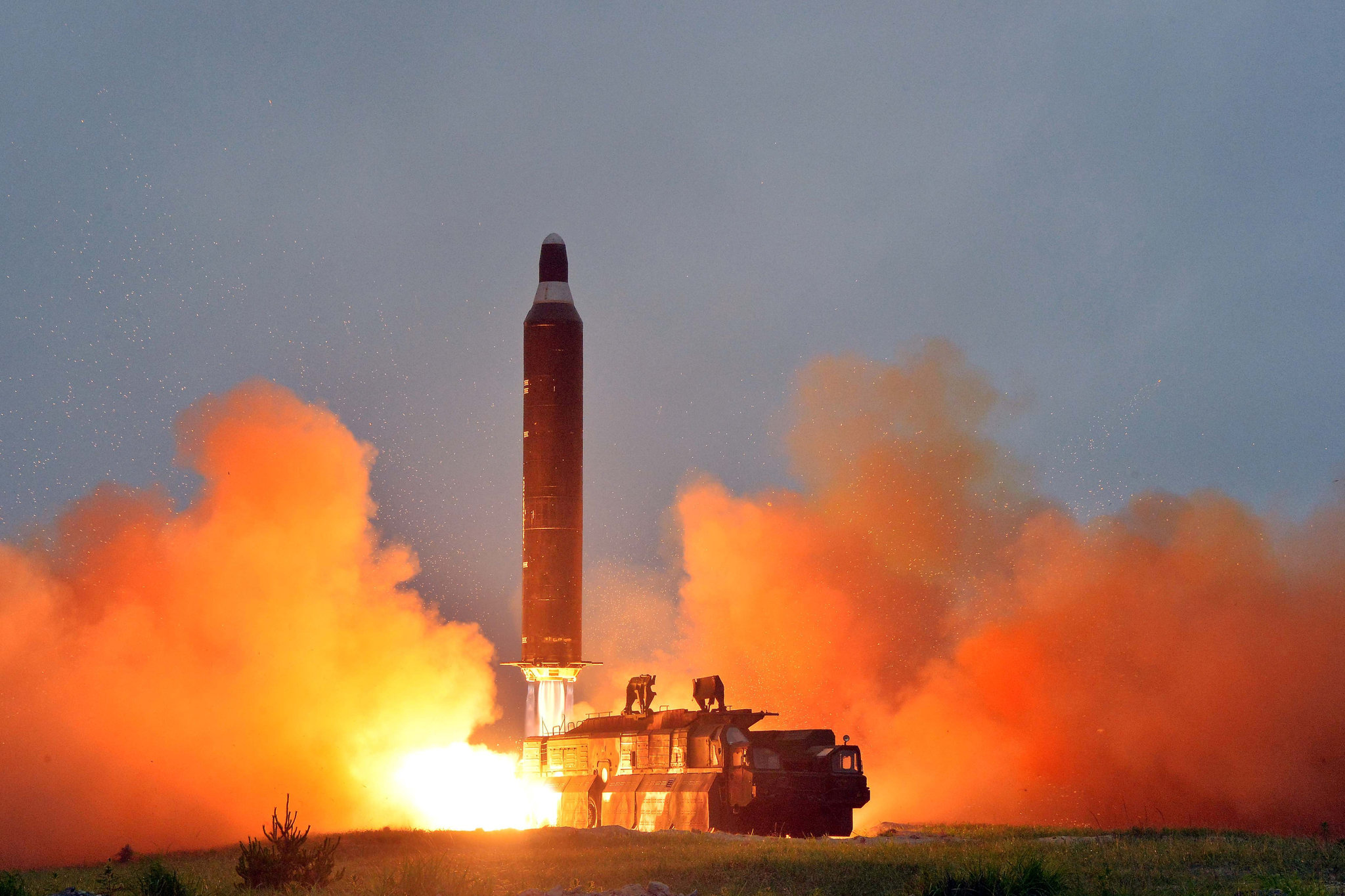 North Korea has launched a ballistic missile which according to the Japanese government passed over the northern Japan. Japanese military did not attempt to shoot down the missile but instead they warned the people to take precautions.

South Korea’s Joint Chiefs of Staff said Pyongyang has fired a missile in the direction of the East Sea. US and S. Korean militaries are now analysing the latest North Korean missile launch. South Korean military said this missile went 1,700 miles into space, lower than the 2,300 miles an intercontinental ballistic missile went in late July. The missile was fired from the area of Sunan in Pyongyang

The Prime Minister of Japan Shinzo Abe told the media: “We will make utmost efforts to firmly protect the lives of the people”

The Japanese government stated that missile fell into the Pacific ocean just 14 minutes after the launch, some 1,180 km east of Hokkaido’s Cape Erimo.

A senior U.S. official said that there had been some movement suggesting an intermediate missile was being prepared  for the lunch but there was no immediate confirmation about the launch itself or how far the missile flew.

The latest missile incident comes just three days after the North Korea fired three short-range missiles into the Sea of Japan. According to the Pentagon, two of the missiles fell into the water, while a third blew up on the launch pad on August 26.

Just couple of hours after the incident South Korea has demonstrating its “overwhelming” military force to North Korea, by conducting bombing drills in response to Pyongyang launch of what appeared to be an intermediate range ballistic missile that reportedly fell in Japanese waters.

Earlier this month the President of the United States Donald J. Trump stated that the North Korean regime would be met with “fire and fury like the world has never seen” if threats from the Pyongyang continued. President Trump also stated that “Military solutions are now fully in place, locked and loaded, should North Korea act unwisely. Hopefully Kim Jong Un will find another path!”

As it seems Kim Jong Un is not even pretending to listen the warnings that are coming from all over the world even from their closest neighbour China.