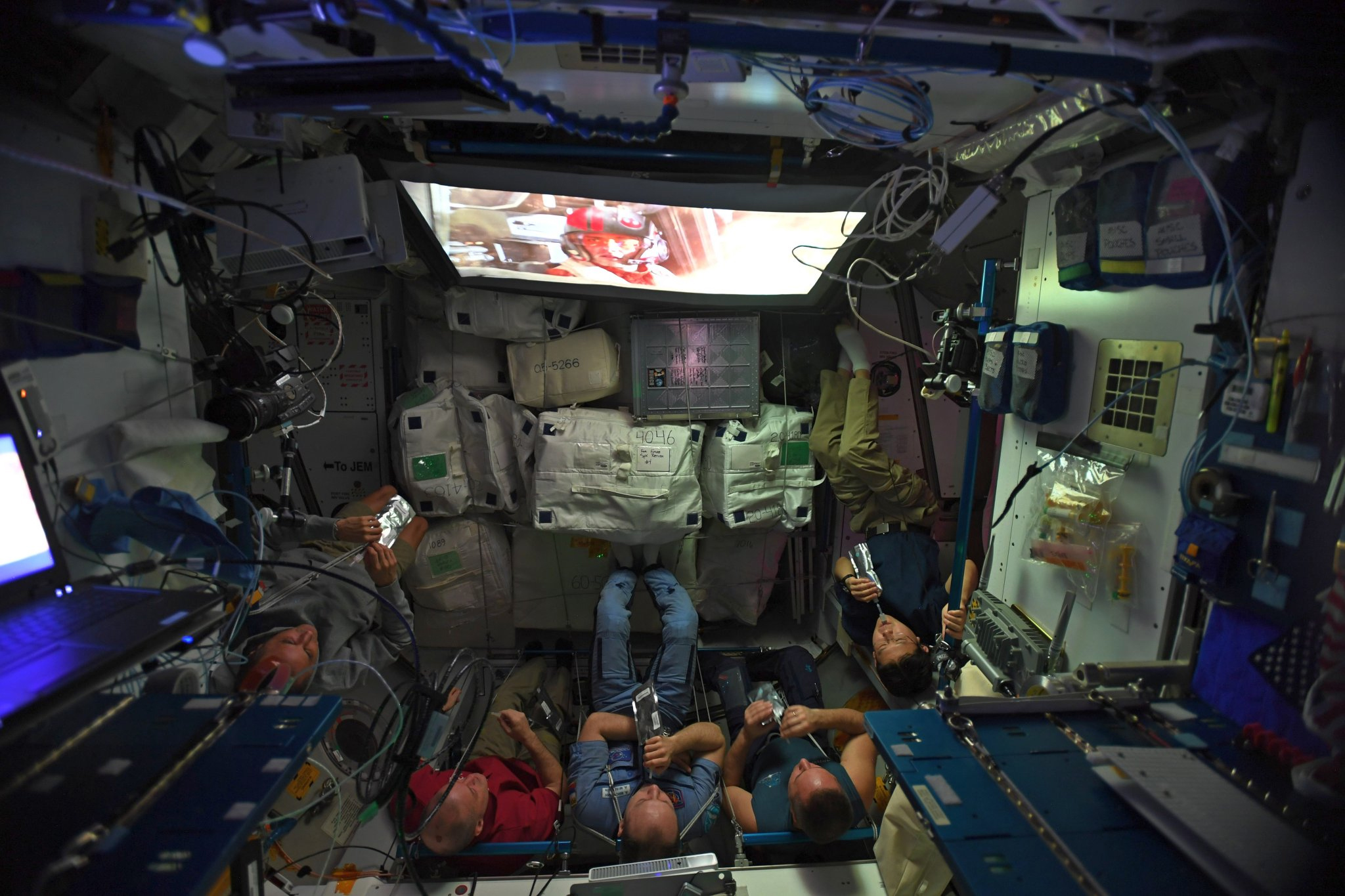 386.243 km above the planet Earth, astronauts had a spectacular movie night as the crew of the ISS watched “Star Wars: The Last Jedi.” NASA astronaut Mar. T. Vande Hei has tweeted:

Disney’s eight installment of epic saga STAR WARS The Last Jedi is still very strong in Box office and it has managed to earn staggering $745 millions globally, in just 10 days of screening.

I watched the movie and i think that everyone who watched it will agree with me that this movie is beautiful to see: imagery, scenes and music are astonishing and they perfectly blend in the narrative of the story. Let’s see what will happen in Episode IX.