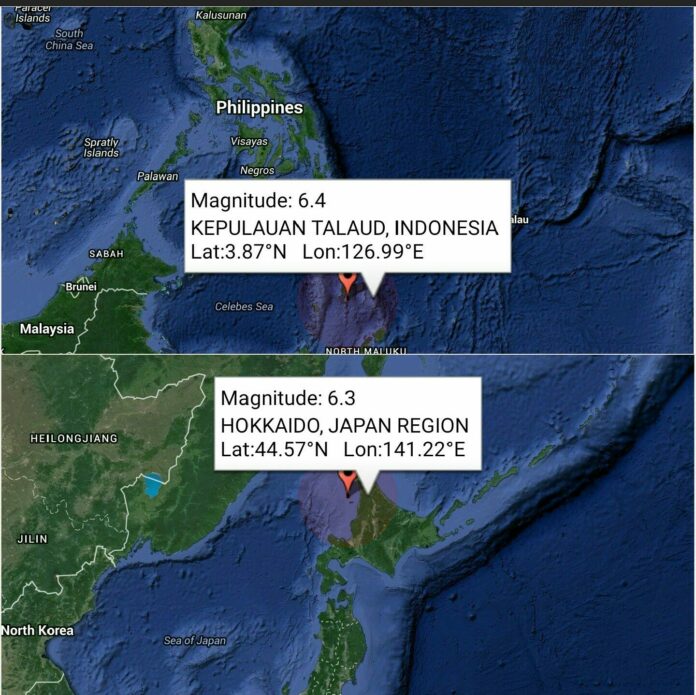 Two earthquakes have shaken Indonesia, The Philippines and Japan within 30 minutes of each other, but no tsunami threat has been issued. The quake hit at 00:38 am local time (3.38am AEDT), the US Geological Survey said, and was centered around 300 kilometers northeast of Manado and 320 kilometers southeast of the Philippine city of General Santos. The Pacific Tsunami Warning Center said there was no tsunami threat from either quake.

Indonesia sits on the Pacific “Ring of Fire” where tectonic plates collide, causing frequent seismic and volcanic activity in the region
The NOOA Pacific Tsunami Warning Center said that, based on available information, “a destructive Pacific-wide tsunami is not expected.