THERE MUST BE NO ALTERNATIVE TO PEACE! – (Balkans – Perspective from the Region) 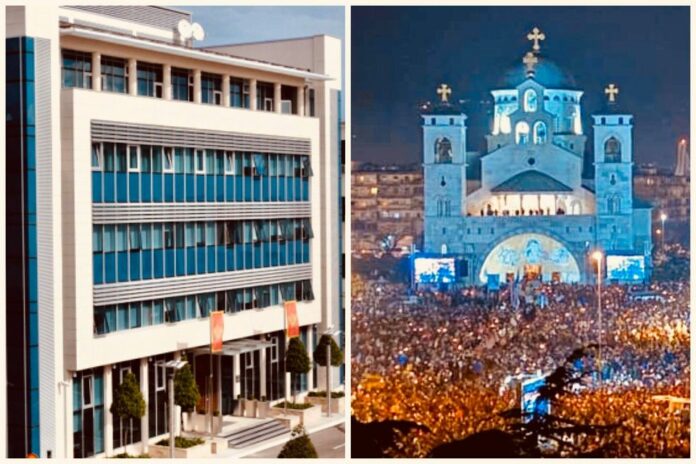 Peace and prosperity must be the ultimate goal! No law on this earth, property dispute, religious institution or congregation and belief should be a reason or an excuse for misery and tragedy. These things are not worth a single human tear!
Government of Montenegro 🇲🇪 (Vlada Crne Gore) and (Mitropolija Crnogorsko Primorska) Serbian Orthodox Church need to talk and make an agreement as soon as possible!

For two months several thousand of Montenegrins are peacefully protesting against the religious property bill but tensions are getting high on both sides of this argument! Some media outlets and politicians from both sides are pouring “oil into the fire” by giving irresponsible statements and misguided truths!

Everybody needs to deescalate and to cool down. Politicians are only considering one thing , election results (this is an election year in Montenegro) and media outlets are thinking about viewership and their ratings.
Does anybody think about ordinary people and their position?! The situation is peaceful and as it seems is under control.
But what will happen next? What can happen if to much “oil is poured into the fire”?! What if? Peace has no alternative!

Government and Church must not cross their paths. Government must take care of this world dealings and Church should take care of spiritual uplifting of the population. These two institutions must respect each other in every possible way. Mutual respect is more then needed! People must not be put in a place where they should chose between government and God! It’s a very bad position for everyone!

Comprise must be achieved! Every compromise is hard because nobody wins but on the other hand nobody loses!
In this argument there mustn’t be any winners or losers! Otherwise It would not be a good thing for Montenegro and its people!
Montenegrin Society is deeply divided over this question and it is not a very good situation for anybody right now! Right now everyone is loosing!

The agreement between Government of Montenegro and Orthodox Church should be made as soon as possible. An agreement made in mutual respect and interest! An agreement that would benefit everyone!

This property bill is opposed by the Serbian Orthodox Church, some opposition parties and by the large part of orthodox population of the country.

Peaceful religious Protests are being held in #Podgorica and several other towns throughout the country.