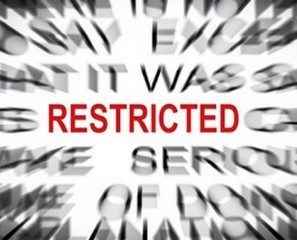 Everything on our planet is regulated – as in ruled by law.  Whether they be outright laws, local ordinances or any type of restrictions, in not just physical activity but also social rules over interactions. Under the guise of so-called democratic societies giving the impression that we agreed to all of this or even thought it up for ourselves, we now live seriously restricted lives, with the penalty of fines or incarceration looming over our heads if we don’t obey.

To regulate means: “to control or direct by a rule, principle, method, etc.” When you identify just how un-free we are to live, think and operate as we are naturally intended to, it can be quite a wake up call. Most people can see this to some extent, but the full on reality of this imposed prison on humanity needs to dawn on a heck of a lot more souls. The matrix concept is no joke – it’s an insidious yoke upon the human soul, trapping and sapping our very energy while spellbinding humanity with its giant jumbotron of deliberate misinformation. 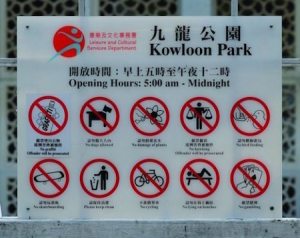 The Mounting World of Regulations

Just look at any set of regulatory rules. They’re beyond natural description. The US IRS code alone would fill up over 80,000 legal pages of rules and regulations for the falsely entrapped American, binding them to conditions and stipulations that boggle the mind. Or just try to build a house, or buy property, or start a business and the paper work is beyond surreal between the legal contracts, banking conditions, zoning issues and on and on.

Try to enjoy a public park or any such facility, and the rules will be full frontal. Don’t do this, don’t do that, “punishable by…..”

The conditioning is intense, and has been carefully sculpted to encroach on humanity for millennia, but now much more than ever. The inquisition was mild compared to the control power of this massive programmed legal and social grid thrown over humankind. We need to be aware of the extent of it and not blinded by the sugar coated glitz and glamor and flashy ads and products. Just walk through a supermarket or down a city street – it makes “They Live” look tame once you see through it.

The following was just shoved down Americans’ throats with much more to come. Not only are they absurd mandates but they will cost billions of dollars to comply to, another effort to break the backs of an already overburdened and suppressed populace. Even more disturbing are the Agenda 21 programs being incrementally woven into public policy, such as the so-called “Clean Water Act” that greatly expands the EPA’s power to regulate even small bodies of water on private property.

The federal Unified Agenda is the Obama administration’s regulatory road map, and it lays out thousands of regulations being finalized in the coming months. Under President Barack Obama, there has been a tradition of releasing the agenda late on Friday — and right before a major holiday…

A more pressing EPA rule set to be finalized is the so-called coal ash rule for coal-fired power plants. A final rule will be issued by Dec. 19, and could be bad news for the power sector, which will bear the brunt of $20.3 billion in compliance costs.

But probably the most fought-over rules to be finalized by the EPA next year will be its redefining of the “Waters of the United States” under the Clean Water Act. The EPA will issue its redefinition next year, according to the agenda. Federal lawmakers from both parties, along with companies from virtually every sector of the economy, have opposed the rule, saying it greatly expands the EPA’s power to regulate even small bodies of water on private property.

“The ‘waters of the U.S.’ rule may be one of the most significant private property grabs in U.S. history,” said Louisiana Republican Sen. David Vitter, adding “they want to take another step toward outright permitting authority over virtually any wet area in the country, while at the same time providing a new tool for environmental groups to sue private property owners.”  (Source)

Always a Can’t, Never a Can

Their message is never empowering, but always disempowering. It’s not what you CAN do, it’s what you CAN’T do. Restrict, bind, inhibit, control. That’s their agenda and it’s on us full frontal. The behavior of those around us is testament to this. Once you wake up to it it’s shocking.

Look around you – read your labels and advisories on anything in print, on line or in public – it’s never empowering, always qualifying their intention to protect themselves and “the public” while putting the onus on you, the consumer or participant, to stay within the “guidelines” and not step over the boundaries.

The real problem now is people are accustomed to it. After decades of  mental infringement, the general mind set is to yield and obey and acquiesce in the face of these limitations imposed by “authorities”. A very sad “state” indeed. The sheeple-ization seems to have been a success to a large degree.

Stimulus-response mechanisms when repeated over and over entrain the mind and hence behavior. It may appear obvious at the time or even in retrospect, but understanding the depth of the programming can be disconcerting. From school buzzers and bells between classes, fire alarms, honking horns, warning signs, flashing emergency lights, everything interrupted by ads and commercials, signs with “don’t” instructions, threats of violent police reprisals and the like, it takes a toll.

Then add to the mix pop culture and its many mind steering attitudes and perverse inclinations.

The key concept of the social engineers is conditioning. Repeat repeat repeat. Be they lies, misrepresentations, omissions, violent images, scare tactics, just keep the barrage going is their MO.

As long as the herd mentality stays pinned to the matrix wall they’re happy. That’s why shirking the whole thing is so important. It can’t be a partial break with this evilly intentioned insanity. It needs to be a clean break. Every one of those tendrils sapping our life force and direction, attention as well as intention is lethal.

Just as their insane worldwide plan of decimation is designed to literally kill off humanity and transform humans into a different, more easily subservient entity on a deliberately eviscerated planet, so this social and so-called legal slavery enhancement and reinforcement is eroding humanity by our continued exposure to it.

Source: This article has been sent to TBU NEWS by anonymous reader