The House Of Rothschild 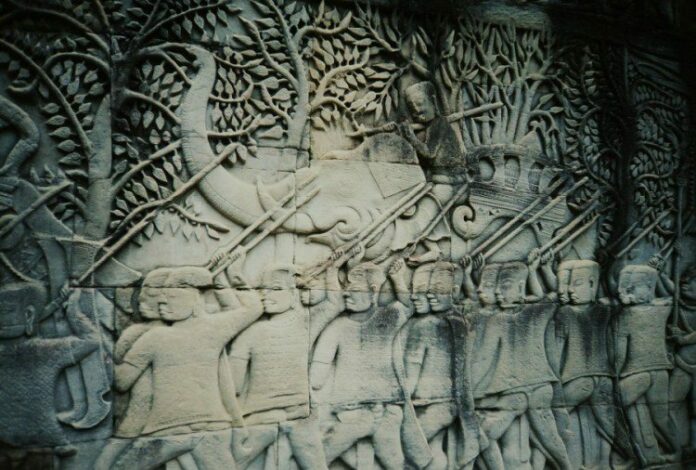 The Rothschild family combined with the Dutch House of Orange to found Bank of Amsterdam in the early 1600’s as the world’s first private central bank.

Prince William of Orange married into the English House of Windsor, taking King James II’s daughter Mary as his bride.  The Orange Order Brotherhood, which more recently fomented Northern Ireland Protestant violence, put William III on the English throne where he ruled both Holland and Britain.  In 1694 William III teamed up with the Rothschilds to launch the Bank of England.

The Old Lady of Threadneedle Street – as the Bank of England is known – is surrounded by thirty foot walls. Three floors beneath it the third largest stock of gold bullion in the world is stored. The biggest hoard lies beneath the Rothschild-controlled Federal Reserve Bank of New York. According to the excellent movie The Money Masters, much of this gold was confiscated from now-empty vaults at Fort Knox as collateral on US debt obligations to the Eight Families Federal Reserve crowd.

This financial mafia further consolidated its control over the world’s gold stock when 200 million ounces of the stuff belonging to the Bank of Nova Scotia was recovered from beneath the carnage of the World Trade Center. One day after its November 1, 2001 recovery, New York Mayor Rudy Guliani laid off hundreds of rescue workers at Ground Zero. A short time later he was knighted by Queen Elizabeth and named Time magazine’s “Man of the Year”.

The daily London gold “fixing” occurs at the N. M. Rothschild Bank in the City of London. Here, five of the Eight Families-linked banks unilaterally decide what the price of gold will be each morning. Kleinwort Benson’s Sharps Pixley subsidiary is one of five firms. Another is Mocatta Metals. It is majority-owned by Standard Chartered – the Cecil Rhodes-founded bank whose Dubai branch wired Mohammed Atta the funds he needed to carry out the 911 operation.

According to British MP Michael Meacher in an article for The Guardian, Omar Saeed Sheikh – the man who beheaded US journalist Daniel Pearl in 2002 – was a British M-16 agent.  He says it was Sheikh who – at the behest of Pakistani ISI General Mahmood Ahmed – wired the $100,000 to Mohammed Atta from Standard Chartered’s Dubai branch before 911. Meacher’s claim has been corroborated by Dennis Lomel – director of FBI’s financial crimes unit – and by an October 11, 2001 article in The Times of India. Mocatta Metals is also a favorite conduit for Israeli Mossad financing.

Midland Bank subsidiary Samuel Montagu is a third London gold “fixer”.  In 1999 Midland, headquartered in cocaine-money infested Panama, was bought by the British oligarchy-controlled HSBC – the old Hong Kong Shanghai Bank Corporation opium laundry and now the world’s second largest bank. Midland is partially owned by the Kuwaiti al-Sabah monarchy.  The other two gold fixers are Johnson Matthey and N. M. Rothschild, both of which have interlocking boards with Anglo-American and HSBC.

Anglo-American is the world’s third largest mining company. It is controlled by the Rothschilds and South Africa’s Oppenheimer family. It owns both Engelhardt – which enjoys a near monopoly in global gold refining – and the DeBeers diamond monopoly. The current De Beers chairman is Nicky Oppenheimer. De Beers was indicted in 1994 for price-fixing by the US Justice Department. To this day company officials do not set foot on US soil for fear they may be nabbed by US authorities.

The Rothschilds also control BHP Billiton and Rio Tinto, the two biggest global miners, as well as Royal Dutch/Shell, BP and Bank of America. As Bank of England Deputy Governor George Blunden put it, “Fear is what makes the bank’s powers so acceptable.  The bank is able to exert its influence when people are dependent on us and fear losing their privileges or when they are frightened.”

Mayer Amschel Rothschild sold the British government German Hessian mercenaries to fight against American Revolutionaries, diverting the proceeds to his brother Nathan in London, where N.M. (Nathan and Mayer) Rothschild & Sons was established.  Mayer was a serious student of Cabala and launched his fortune on money embezzled from William IX – royal administrator of the Hesse-Kassel region and a prominent Freemason.

Rothschild-controlled Barings bankrolled the Chinese opium and African slave trades. It financed the Louisiana Purchase.  When several states defaulted on its loans, Barings bribed Daniel Webster to make speeches stressing the virtues of loan repayment.  The states held their ground, so the House of Rothschild cut off the money spigot in 1842, plunging the US into a deep depression.  It was often said that the wealth of the Rothschilds depended on the bankruptcy of nations.  Mayer Amschel Rothschild once said, “I care not who controls a nation’s political affairs, so long as I control her currency”.

War also enhanced the family fortune.  The House of Rothschild financed the Prussian War, the Crimean War and the British attempt to seize the Suez Canal from the French.  Nathan Rothschild made a huge financial bet on Napoleon at the Battle of Waterloo, while also funding the Duke of Wellington’s peninsular campaign against Napoleon. Both the Mexican War and the Civil War were goldmines for the family.