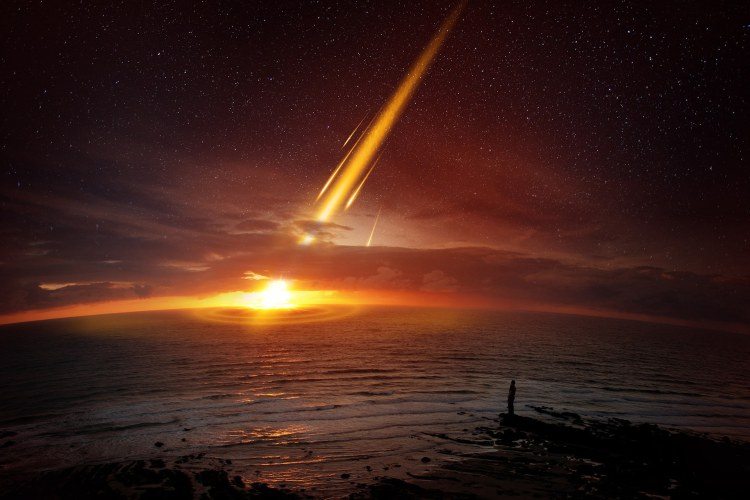 Researchers from the University of Exeter, University of Edinburgh and Imperial College, London have recreated the huge amount of energy that would have been released by an asteroid colliding with earth.

The experiment involved a heat furnace and various pieces of living and non-living plant material, which together with computer modeling showed that the temperatures created by such an impact would not have been great enough and, crucially, would not have occurred for long enough to set vegetation on fire on a global scale.

At the asteroid’s impact site in Mexico, the heat pulse would have been up to 500 degrees Celsius (932 degrees Fahrenheit). However, this would have lasted for less than a minute – not enough time to ignite plant material.

At the same time, it was discovered that the effects of the impact would have been felt as far away as New Zealand, and although the heat there would have been less intense at 200 degrees Celsius (392 degrees Fahrenheit), it would have heated the ground for seven minutes, which was thought long enough to set fire to live plant matter.

The experiments then showed that live plants such as green pine branches would typically not ignite.

“We found that the living plant material that would have been close to the impact site did not ignite. If there were any firestorms, they were likely to have been localized rather than global,” said Dr. Claire Belcher from the Earth System Science group in Geography at the University of Exeter.

Animals can generally withstand localized fires by fleeing or hiding underground and plants can recolonize from other areas. However, large animal, if they were unable to find shelter from the heat would have suffered serious losses.

“We’re not saying that an asteroid didn’t wipe out the dinosaurs, only that it probably didn’t cause the global firestorms that many people assumed had happened as a result of the impact,” said Dr. Belcher.

The terrible damage caused by the asteroid, which scientists think was responsible for wiping out the dinosaurs, instead came from debris thrown into the atmosphere from the 200 kilometers-wide (124 miles-wide) crater created by the impact.

This would have created an environment similar to a ‘nuclear winter’ – a thick veil of debris blocking the sunlight – that would have made it difficult for most large animals to survive because of the cold and a lack of suitable food.