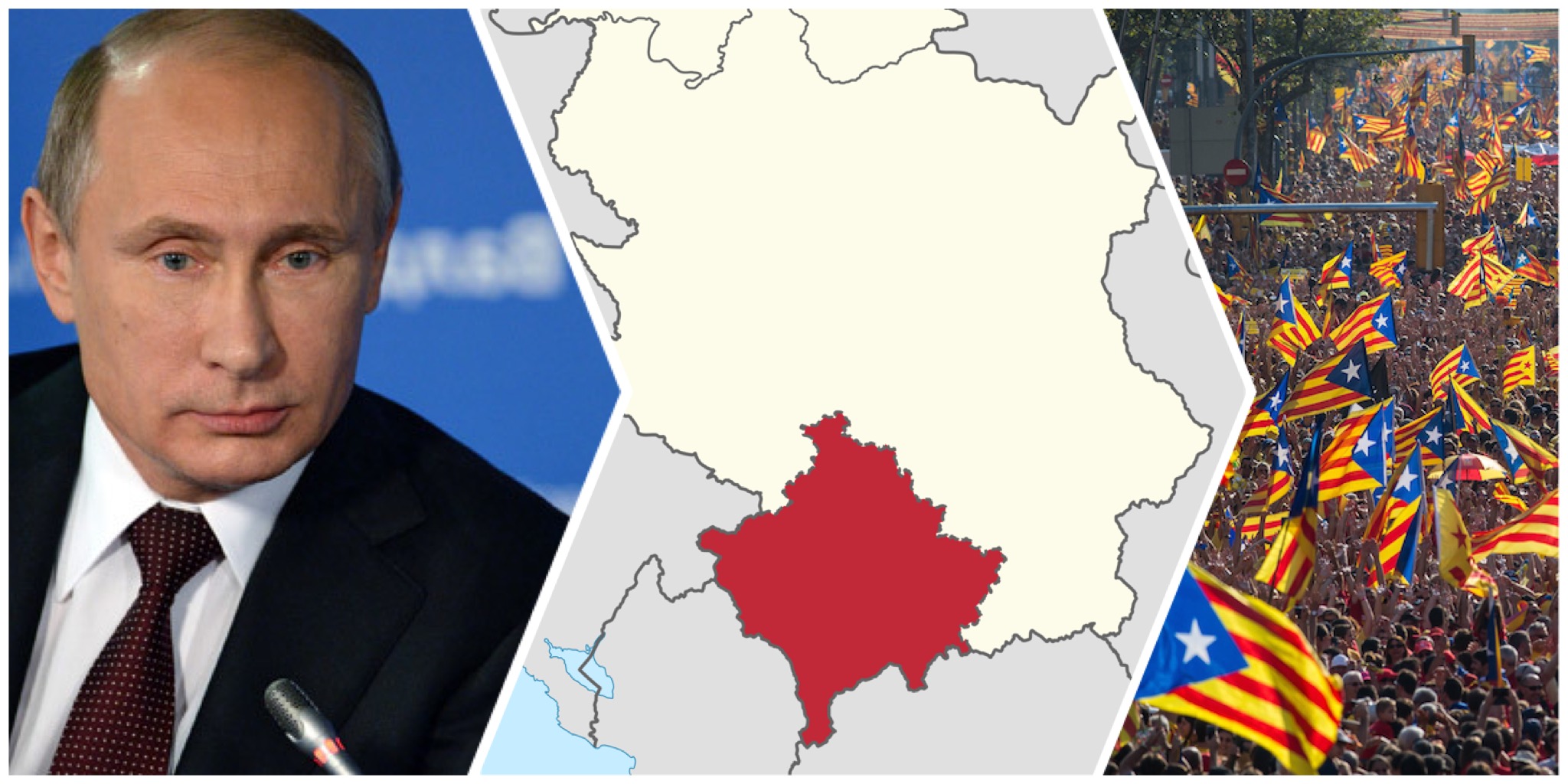 Russian President Vladimir Putin held a speech at the 14th Annual Meeting of the Valdai Discussion Club in Sochi. During the speech Putin made some important remarks regarding actual situation in Catalonia by calling up on EU and their past mistakes.

Putin: – “As for the situation with Catalonia, we have seen a unanimous condemnation of the independence supporters by the EU and a number of other states…Regarding that, I have to say, You should have thought about it earlier…Did they not know about centuries-old contradictions of this nature in Europe? They knew, didn’t they? But at the time they de facto welcomed the disintegration of a number of states in Europe, with undisguised relish,” Putin also added:”The EU’s “unanimous support of Kosovo’s secession” has proved a turning point, and Europe now faces the repercussions of short-sighted policies aimed at “pleasing the bigger brother from Washington,…And now, there you have it – Catalonia, Kurdistan in another region, and the list might be far from complete,…It turns out that in the eyes of some of our colleagues, there are legitimate fighters for independence and freedom, and then there are separatists, who cannot defend their rights even through democratic procedures. Those like us say all the time that such double standards – and it’s a glaring example of double standards – are a serious threat to the stable development of Europe and other continents, to the implementation of integration processes worldwide,” Putin concluded. 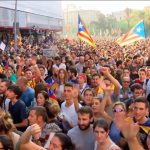 Earlier this month on October the 1th Catalans held a referendum about the future status of Catalonia. Spanish government deemed the action ‘illegal’ and ‘unconstitutional’. With 90% of those who voted in the independence referendum are in favour of Catalonia to became and independent state.

Right after the voting pols closed and the first results came Catalan President Charles Puigdemont stated that the region has won the right to statehood.

But what happened next was a surprise to all. Puigdemont signed the declaration of ndependence on October 10, but halted its execution to allow for negotiations with Spanish government. Madrid refused.

Spanish Prime Minister Mariano Rajoy called  Mr Puigdemont to confirm whether or not the autonomous region had made a declaration of independence. The government of Spain had made clear that anything less than a clear “No” would set in motion Article 155, a constitutional tool allowing it to suspend Catalonia’s autonomy.

The final deadline for Catalan government to answer expired on 19. October at 10 am. Catalan President Puigdemont informed the Spanish Prime Minister Rajoy that declaration of independence is still suspended –
Puigdemont: “If the government continues to impede dialogue and continues with the repression, the Catalan parliament could proceed, if it is considered opportune, to vote on a formal declaration of independence.”

Immediately after Spanish Government told to reporters that they are preparing to Invoke Article 155, Removing of Catalan Autonomy – Spain prime minister Mariano Rajoy will  hold a cabinet meeting in Sunday regarding Catalonia and article 155 .

What is going to happen next? Will Catalan leadership formally proclaim Catalonia as independence state?