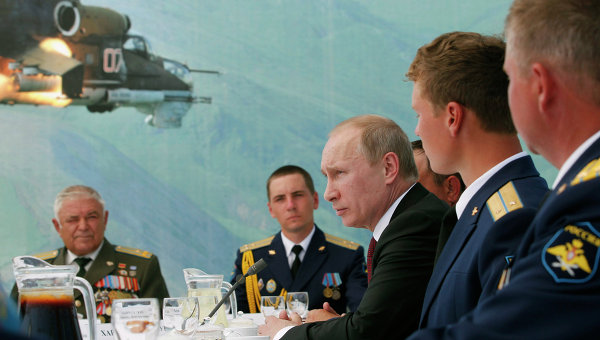 Russia has every possibility to provide a proper response to the projected deployment of a U.S. missile shield in Europe, though Moscow would like to see the U.S. plans revised, Russian President Vladimir Putin said on Thursday.
“We should look forward and give response [to these plans] in a timely manner,” Putin told servicemen at a Russian air base.

“Of course, our partners should better not do this [implement their missile shield plans] as this move would drive our response,” he added.

The president stressed that regardless to the rhetoric western politicians use to describe the shield deployment plans, “this remains a part of the arms race.”

“We have every possibility to provide a proper response,” he said.