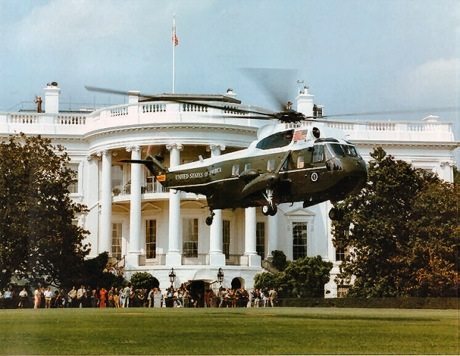 Political partisans delight in labeling opposition leaders as malign or even psychopathic — but it turns out that U.S. presidents with high levels of certain psychopathic traits may actually do better on the job, no matter what their party affiliation, according to new research.

The study, which was based on presidential performance ratings and personality assessments by hundreds of historians and biographers in several different surveys, found that one psychopathic characteristic in particular was linked to success in presidency: fearless dominance.

“An easy way to think about it is as a combination of physical and social fearlessness,” says Scott Lilienfeld, lead author of the study and professor of psychology at Emory University. “People high in boldness don’t have a lot of apprehension about either physical or social things that would scare the rest of us.”

He adds, “It’s often a kind of resilience because you don’t show lot of anxiety or frustration in the face of everyday life challenges.” While that sounds like a necessity for dealing with the daily crises that face the White House, from hurricanes to threats from rogue nuclear nations, the same trait in psychopaths is also associated with callousness, indifference to negative consequences and impulsive antisocial behavior.

It’s not to say that American presidents are full-blown psychopaths — they didn’t rate high in all categories of psychopathic traits. Overall, the study found, presidents tended to be more like psychopaths than the general population in their level of fearless dominance, but they didn’t show a psychopathic excess of impulsive antisocial behavior. Although “some might think presidents are extremely psychopathic,” Lilienfeld says, the combination of traits that make them successful can’t all be characterized as such. “They need to be bold and self confident to be willing to run, but they also have to have an amazing capacity to delay gratification and a lot of impulse control, at least in some domains.”

All U.S. presidents from George Washington to George W. Bush were included in the research (there was not yet enough data for President Obama). Researchers had 121 experts use standardized psychological assessment methods to rate the presidents’ personalities, based on their biographical information before they were elected. These evaluations were then compared with ratings of job performance compiled in two surveys of presidential historians: a 2009 C-Span poll of 62 presidential historians and a 2010 Siena College survey of 238 historians.

Topping the chart in fearless dominance were Teddy Roosevelt and John F. Kennedy, with FDR, Ronald Reagan and Bill Clinton not far behind. George W. Bush came in 10th on this measure — Rutherford Hayes, Zachary Taylor, Martin Van Buren and Andrew Jackson were also in the top 10 — illustrating that fearless dominance isn’t always associated with positive decision-making, or success.

Indeed, it’s a double-edged sword: if your boldness allows you to ignore both your own fears and the concerns of others, it can be easy to veer off into recklessness, dismissing important problems that should rightly grab your attention. A recent New York Times op-ed on George W. Bush’s refusal to heed early warnings from the CIA about Osama bin Laden’s planned attacks on America suggests as much.

Of course, circumstance and luck can also play a large role in whether a decision is later seen as courageous or psychopathic — and in whether a presidency is considered a success or a failure. “Probably the biggest determinant of presidential success is luck,” says Lilienfeld. Interestingly, however, at least one of the surveys included in the study suggests that fearless types can influence their own luck: ratings of presidential luck were also linked with individuals’ degree of fearless dominance.

Lilienfeld cautions that his study can’t determine when a president’s fearless dominance crosses the line from confident courage to recklessness: there wasn’t enough data to determine whether extremely high levels of fearless dominance may be counterproductive, though it seems intuitively likely. He also notes that the overall effect of such boldness on performance was small: there are numerous factors that go into the making of a president, and this was only one.

Moreover, bold leadership isn’t just a quality found in psychopaths — or presidents. Everyone falls somewhere along the scale, from timid to bold, from follower to leader. And psychopathic traits like fearless dominance — or others like impulsivity, callousness and dishonesty — also appear in varying degrees in the general population. “I think the evidence increasingly points in the direction that these traits are on a continuum like height and weight: they are things all of us have to some degree. It’s probably not all or none,” Lilienfeld says. Shadings of potential pathology are found in everyone.

For those who rate high in both the psychopathic traits of boldness and impulsive, antisocial behavior, however, it’s likely that the balance between these two qualities could make the difference between whether they become a violent criminal or a (shady but) wealthy business leader.

“My mentor, David Lykken, argued that psychopaths and heroes are ‘twigs off of the same branch.’ It may be that the fearless dominance or boldness that sometimes gives rise to psychopathy might also sometimes give rise to heroism,” says Lilienfeld.