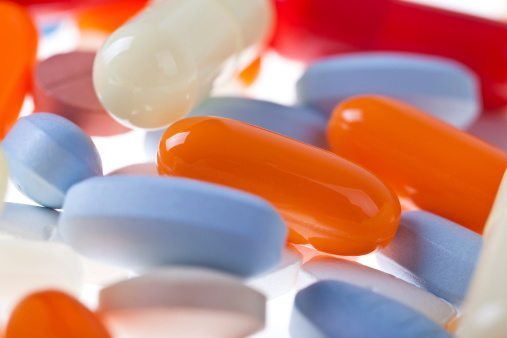 (NaturalNews) Typically, the first thing that happens when people get an infection is their receipt of a quick scrawl on a doctor’s prescription pad for an antibiotic. However, rather than improving health, antibiotics are destroying it; a new study conducted by experts at NYU Langone Medical Center in Manhattan, New York has shown that they’re seriously jeopardizing children’s health.

Commonly-used antibiotics given to children such as amoxicillin and tylosin (popular in pediatrics) were found to be linked to not one, but several health disruptions. Weight gain, stunted growth and detrimental bacterial changes in the gut were noted by the researchers in tests that mimicked antibiotic use by children; amoxicillin was primarily associated with slowed bone growth while tylosin had the biggest effect on weight gain. Both antibiotics played a role in changing gut bacteria from its normal environment to one that wreaks havoc on the intestinal tract.
Children’s health compromised, antibiotics’ cumulative effect said to play role

Overall, the experts concluded that when children are exposed to such drugs at an early age, cumulative health damage results. Problems such as obesity, alterations to gut microbiomes and physical growth challenges are all consequences of these antibiotics.

“We have been using antibiotics as if there was no biological cost,” says Dr. Martin Blaser, who was involved in the study. Blaser explains that in the United States, the average child receives 10 courses of these drugs by the time they are 10 years old. This demonstrates that children are heavily exposed to health problems caused by false promises in a bottle at a time when their development is critical. Furthermore, the study reinforces the importance of paying attention to future outcomes rather than just immediate ones, showing that the effects of certain medications can be cumulative.

Of this cumulative effect, lead coauthor Laura M. Cox, PhD, and adjunct instructor in the Department of Medicine at NYU School of Medicine says that it’s of particular concern. She explains that the number of courses of antibiotics matters, adding, “We get a little interruption of the maturation process [of the microbiome] after the second course of antibiotics, and then we have even more interruption after three courses.”
Short and long-term consequences of antibiotic use a real issue

The findings were published in the journal, Nature Communications in an article titled, “Metabolic and metagenomic outcomes from early-life pulsed antibiotic treatment.” It noted how use of some antibiotics can remain in the system for up to four months after exposure, compromising normal functioning on both a short and long-term basis as a result. The study notes that “…these findings illustrate the potential functional consequences of early-life antibiotic-induced microbial perturbations and highlight the need to re-examine antibiotic guidelines in the human population.”

Because the antibiotics used represent the classes most widely prescribed to children, and that our findings were consistent with effects of early life sub-therapeutic antibiotic exposures, this new model extends hypotheses that early-life antibiotic exposures could have long-term developmental metabolic effects, as supported by animal models and human epidemiological studies.

This finding also reinforces that health in a bottle is beyond questionable.
Antibiotic resistance, possibility of death from such drugs

Not only are many people becoming increasingly resistant to antibiotics, but in some cases, they’ve proven to be fatal in children. For example, scientists have found that some infections can develop AFTER a round of antibiotics are given, actually worsening their situation.

According to the Centers for Disease Control and Prevention, paediatric Clostridium difficile infections that arise after receiving antibiotics could lead to cases of diarrhea so severe that death could result. At the very least, it’s been reported that loss of beneficial bacteria due to taking antibiotics “… allows C. difficile to grow out of control and release toxins that attack and inflame the lining of the gut, causing colitis.”

This article was republished by permission and from:
naturalnews.com