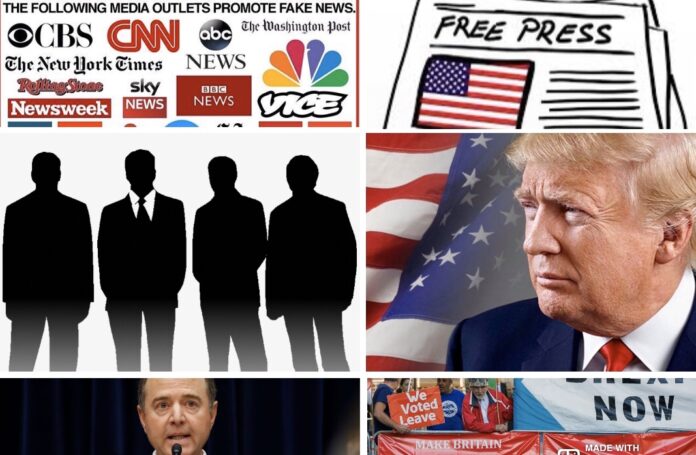 What we are witnessing is the greatest hoax and conspiracy in the history of US politics against the rightfully elected president of the United States of America Donald J. Trump. This coup started the moment Trump won the election and continued for the next 3 years of his presidency. Led by the part of the global elite, democrats and mainstream media. This coup is based on a non existing, fictional and utterly fake Russia collusion story, Fake Christopher Steele’s dossier and now ridicules impeachment inquiry based on a phone call that has never happened in a way that they tell you it happened.

Why? Because they want to get Trump Administration busy all the time by defending themselves from fake scandals and media spins and not doing what they have promised to do during 2016 US presidential campaign. Their main goal is to undermine global change, revolution of thought that started in 2016 with UK Brexit and continued with the election of Donald J. Trump as US President. They want to erase 2016 as it never happened and they never want to see another one to repeat ever again. Sorry but you will fail because there are many of us that always remember!

Well, Well.. It is not the only thing that they want to erase. Based on non existing Russia collusion story and non confirmed Russian meddling in US Presidential elections they are trying to censor the internet and with it all of major social networks and tech platforms in the world: Facebook, Twitter, Google, YouTube etc. They are trying to nullify the free will of the people, stop and oversee the flow of information to be able to control any future outcome of any election in the world not just in US or UK but in the world. Brexit, Trump and Russia is just an excuse to do all of these things. Open war against the free will, freedom of press and free choice is currently in effect.

Everybody has the right to an opinion and right to chose which information to believe or not. But to be able to chose you need to have free flow of information of every kind not just the dogmatic one sided view of global elite. Part of the elite is trying to make the future of humanity based on their own image. Cute but shouldn’t you ask the humanity for an opinion?

Yes Trump doesn’t want open conflict with Russia, doesn’t want madness in middle east and does want strong United States. Strong United States are good for Europe and the world… good for balance of power and harmony. Time of endless wars has expired. It’s time for constructive dialogue in mutual interest of all parties included. It doesn’t matter what your idealogical, political, religious views are Its time to stand all united against this global tyranny in making.

31.01.2020 United Kingdom has left the European Union.
05.02.2020 IMPEACHMENT FARCE IS OVER. US Senate has voted to acquit Trump and sentence is NOT GUILTY on both articles of impeachment.

Written by Founder and editorial team of TBU NEWS