Once you are awake, you never want to sleep again! 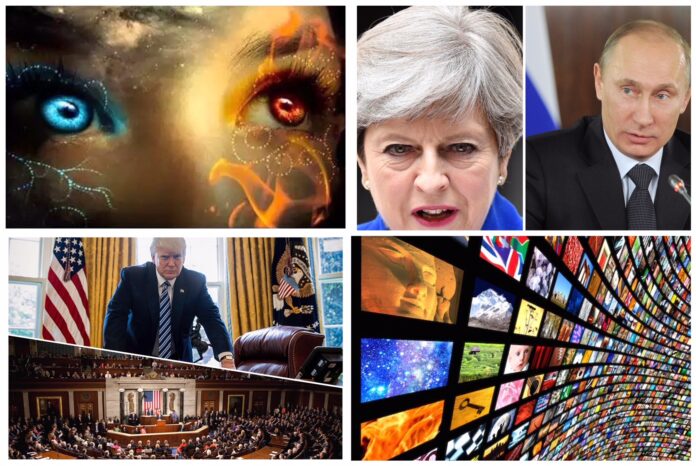 Earlier today United States President Donald J. Trump has unleashed him self towards the former FBI agent McCabe and ongoing Muller probe by remind us all that Russia collusion is a fake story constructed by deep state and fake media for just one purpose in mind, to nullify the victory of Trump and the people that gave him support during US Presidential Elections in 2016. They can not except that they (Democrats) have lost the elections due to free will of the people. They can not except that! Why?

“As the House Intelligence Committee has concluded, there was no collusion between Russia and the Trump Campaign. As many are now finding out, however, there was tremendous leaking, lying and corruption at the highest levels of the FBI, Justice & State.”

“The Fake News is beside themselves that McCabe was caught, called out and fired. How many hundreds of thousands of dollars was given to wife’s campaign by Crooked H friend, Terry M, who was also under investigation? How many lies? How many leaks? Comey knew it all, and much more! #DrainTheSwamp”

“The Mueller probe should never have been started in that there was no collusion and there was no crime. It was based on fraudulent activities and a Fake Dossier paid for by Crooked Hillary and the DNC, and improperly used in FISA COURT for surveillance of my campaign. WITCH HUNT!”Wow, watch Comey lie under oath to Senator G when asked “have you ever been an anonymous source…or known someone else to be an anonymous source…?” He said strongly “never, no.” He lied as shown clearly on @foxandfriends.”

Spent very little time with Andrew McCabe, but he never took notes when he was with me. I don’t believe he made memos except to help his own agenda, probably at a later date. Same with lying James Comey. Can we call them Fake Memos?”

“Why does the Mueller team have 13 hardened Democrats, some big Crooked Hillary supporters, and Zero Republicans? Another Dem recently added…does anyone think this is fair? And yet, there is NO COLLUSION!” said Trump.

Russia has been taken as a perfect candidate to blame for everything:

“Sorry but that will not work, once you are awake, you never want to sleep again. “

As of RT I really but really do like their moto “Question more” Yes we should all question more from the day when we are born till the day we die. But that is the problem right, you do not want us to question you want us to follow?!

CAN DO IT SORRY, WE ARE NOT SHEEPS ANYMORE! 😉

TBU NEWS is not defending the Russians, NO, not at all. They are not perfect either. We are defending the free will of the people. Neither: Trump, deep state, Putin, Theresa May, EU or anybody in this world  can stop what is happening right now…they can just prolong it but not stop it. The change has begun and it only depends how will it be played, but the outcome is inevitable.

Will we go trough our most beautiful dreams or trough our worst nightmares to get there?