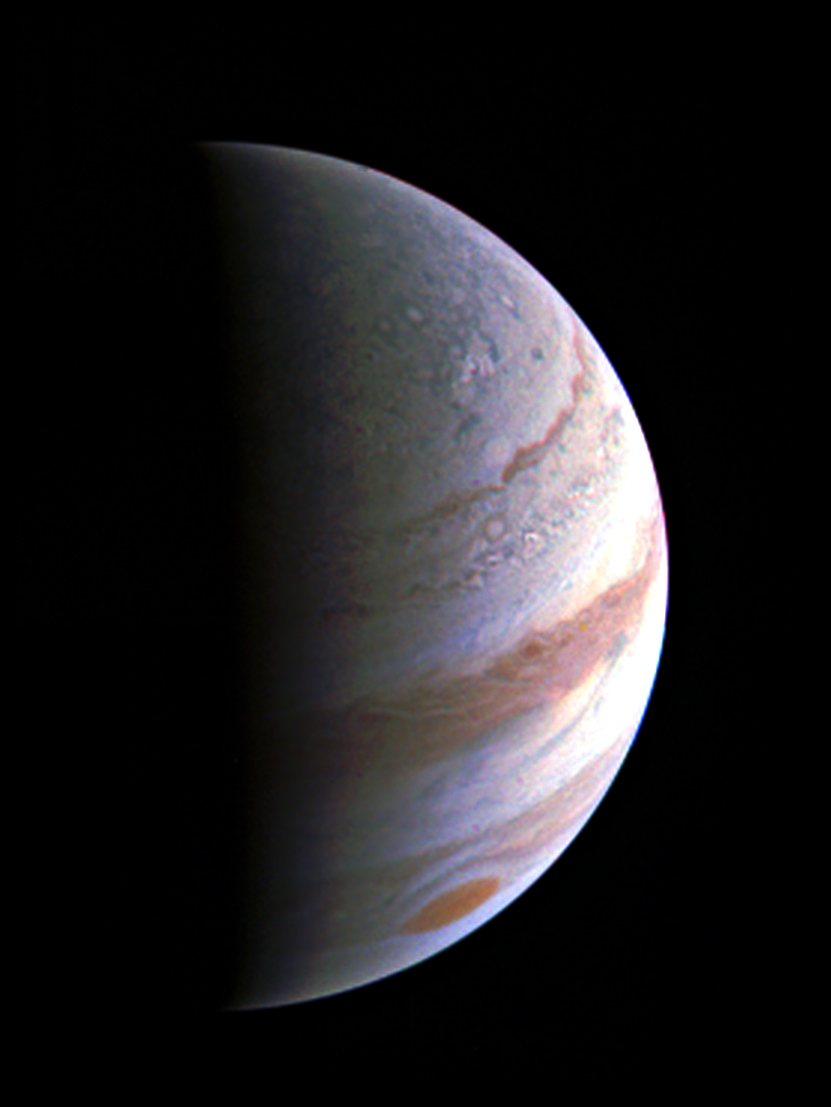 NASA’s Juno mission successfully executed its first of 36 orbital flybys of Jupiter today. The time of closest approach with the gas-giant world was 6:44 a.m. PDT (9:44 a.m. EDT, 13:44 UTC) when Juno passed about 2,600 miles (4,200 kilometers) above Jupiter’s swirling clouds. At the time, Juno was traveling at 130,000 mph (208,000 kilometers per hour) with respect to the planet. This flyby was the closest Juno will get to Jupiter during its prime mission.

“Early post-flyby telemetry indicates that everything worked as planned and Juno is firing on all cylinders,” said Rick Nybakken, Juno project manager at NASA’s Jet Propulsion Laboratory in Pasadena, California.

There are 35 more close flybys of Jupiter planned during Juno’s mission (scheduled to end in February 2018). The August 27 flyby was the first time Juno had its entire suite of science instruments activated and looking at the giant planet as the spacecraft zoomed past.

“We are in an orbit nobody has ever been in before, and these images give us a whole new perspective on this gas-giant world,” said Bolton.

More information on the Juno mission is available at:
http://www.nasa.gov/juno