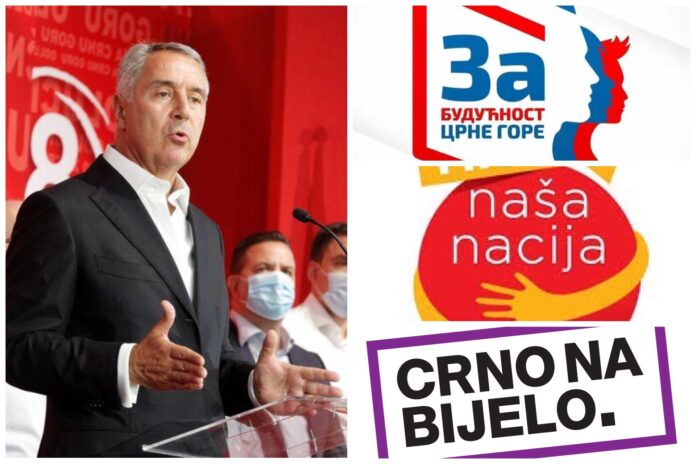 Official results from Sunday elections show the opposition alliance is on 32.5%, meaning that it could feasibly form a government if it can reach consensus with Montenegro’s other two opposition parties. That would see the DPS lose control of power in the Balkan nation for the first time in 30 years.

Djukanovic’s Democratic Party of Socialists, known as the DPS, won 35.1%, according to almost complete results published Monday. An umbrella group called For the Future of Montenegro won 32.5%, followed by 12.5% for the opposition alliance Peace is Our Nation and 5.6% for the Black on White.

Despite backing conflicting platforms ranging from the pro-Russian to euroskeptic nationalism to supporting European Union accession, the biggest opposition forces vowed to team up to oust the DPS with their slim combined majority. They campaigned on tackling endemic graft and ditching divisive policies under which Djukanovic has wielded power over the country of 620,000 as either president or premier almost continually since 1991.

“The regime has fallen,” said Zdravko Krivokapic, leader of The Future of Montenegro.

Popularity of Djukanovic’s party has plunged following months of anti-government protests. They were triggered after the approval of a law on religious groups that may strip the local branch of the Serbian Orthodox Church, the nation’s biggest denomination, of assets.

Opposition parties have accused Djukanovic of letting corruption thrive — he has averted a number of investigations, including one over cigarette smuggling from Italy, across the Adriatic sea.

The three main opposition parties are to have a combined 41 of parliament’s 81 seats. Krivokapic reiterated they would form a joint government despite their conflicting political agendas.

The coronavirus has ravaged Montenegro’s tourism, which normally feeds the country’s weak economy. The mountainous Adriatic Sea nation is blessed by stunning nature and golden beaches.

The DPS party and its leader, Montenegrin President Milo Djukanovic, has been a key Western ally in pushing the volatile Balkans toward Euro-Atlantic integration. Djukanovic defied Russia in 2017 to lead his country into NATO after gaining independence from much-larger Serbia in 2006.

“A majority for the opposition in Montenegro, tight but clear,” Florian Bieber, the director of the center of South East European Studies at the University of Graz, said in a tweet. “Dismantling the uninterrupted rule of the DPS for 30 (or 75) years is good for democracy. The challenge will be to bring together very heterogeneous opposition.”