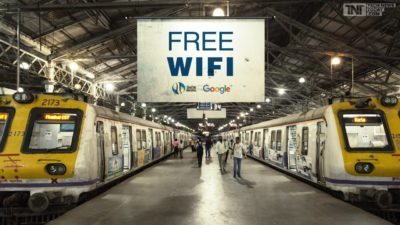 We can still remember what has Google promised in 2015.Google’s head  Sundar Pichai promised free high speed Wifi at 100 railway stations across India. That project aims to give free internet and connect millions of passengers. So far Google has implemented free Wifi on 23 stations.

Google CEO Sundar Pichai said that Google continues to work with Indian Railways to bring internet connection to even more and more people.

“There are already two million people logging in every month..”

Google has already come up with a list of the 100 top railway stations through which nearly 10 million people pass through. Every station is backed by a 1Gbps through the fiber.

Indian Railway is one of the World’s largest rail networks in the world, and is used by more than 8 billion every year.

These are the pioneers step for future world wide free internet. Google announced it Facebook announced it. Now lets see where will it lead us.