Inner Worlds, Outer Worlds is a documentary film created by Canadian film maker and meditation teacher Daniel Schmidt. The film examines various aspects of life, the universe, spirituality and the natural unseen links between them. The film was released in 2012 and juxtaposes ancient teachings alongside modern scientific findings, drawing conclusions about certain aspects of the universe and the vibratory field.

The film examines the vibratory field that connects all things. The vibratory field has been given a variety of names over the ages, including, Akasha, Logos, the primordial OM, the music of the spheres, the Higgs field, dark energy to name a few.[4]

The field is said to be the root of all spiritual experience and all scientific investigation. It is the energy that Buddha’s, Saints, Yogis and other spiritual individuals have observed within themselves. Many of the great thinkers in history such as Pythagoras, Johannes Kepler, Leonardo DaVinci, Nikola Tesla, and Albert Einstein have studied and observed the field, as they moved closer to the great mystery of our existence.[4]

The film is broken down into 4 parts. Part 1 is “Akasha” and explores the one source that extends through all things. Part 2 is “The Spiral” which explores the logarithmic spiral pattern that extends all the way from our DNA to the spiral arms of galaxies. Part 3 is “The Serpent and the Lotus” which examines the ancient symbols that reflect the awakening of human potential. Part 4 is “Beyond Thinking” which conveys a new paradigm for humanity to move beyond ego-based thought

Part one of the film Inner Worlds, Outer Worlds. Akasha is the unmanifested, the “nothing” or emptiness which fills the vacuum of space. As Einstein realized, empty space is not really empty. Saints, sages and yogis who have looked within themselves have also realized that within the emptiness is unfathomable power, a web of information or energy which connects all things. This matrix or web has been called the Logos, the Higgs Field, the Primordial OM and a thousand other names throughout history. In part one of Inner Worlds, we explore the one vibratory source that extends through all things, through the science of cymatics, the concept of the Logos, and the Vedic concept of Nada Brahma (the universe is sound or vibration). Once we realize that there is one vibratory source that is the root of all scientific and spiritual investigation, how can we say “my religion”, “my God” or “my discovery”.

The Pythagorian philosopher Plato hinted enigmatically that there was a golden key that unified all of the mysteries of the universe. The golden key is the intelligence of the logos, the source of the primordial om. One could say that it is the mind of God. The source of this divine symmetry is the greatest mystery of our existence. Many of history’s monumental thinkers such as Pythagoras, Keppler, Leonardo da Vinci, Tesla and Einstein have come to the threshold the mystery. Every scientist who looks deeply into the universe and every mystic who looks deeply within the self, eventually comes face to face with the same thing: The Primordial Spiral.

Inner Worlds, Outer Worlds – Part 3 – The Serpent and the Lotus

The primordial spiral is the manifested world, while Akasha is the unmanifested, or emptiness itself. All of reality is an interplay between these two things; Yang and Yin, or consciousness and matter. The spiral has often been represented by the snake, the downward current, while the bird or blooming lotus flower has represented the upward current or transcendence.The ancient traditions taught that a human being can become a bridge extending from the outer to the inner, from gross to subtle, from the lower chakras to the higher chakras. To balance the inner and the outer is what the Buddha called the middle way, or what Aristotle called the Golden Mean. You can be that bridge. The full awakening of human consciousness and energy is the birthright of every individual on the planet. In today’s society we have lost the balance between the inner and the outer. We are so distracted by the outer world of form, thoughts and ideas, that we no longer take time to connect to our inner worlds, the kingdom of heaven that is within.

Life, liberty and the pursuit of happiness. We live our lives pursuing happiness “out there” as if it is a commodity. We have become slaves to our own desires and craving.
Happiness isn’t something that can be pursued or purchased like a cheap suit. This is Maya, illusion, the endless play of form. In the Buddhist tradition, Samsara, or the endless cycle of suffering is perpetuated by the craving of pleasure and aversion to pain. Freud referred to this as the “pleasure principle.” Everything we do is an attempt to create pleasure, to gain something that we want, or to push away something that is undesirable that we don’t want. Even a simple organism like the paramecium does this.
It is called response to stimulus. Unlike a paramecium, humans have more choice. We are free to think, and that is the heart of the problem. It is the thinking about what we want that has gotten out of control.The dilemma of modern society is that we seek to understand the world, not in terms of archaic inner consciousness, but by quantifying and qualifying what we perceive to be the external world by using scientific means and thought. Thinking has only led to more thinking and more questions. We seek to know the innermost forces which create the world and guide its course. But we conceive of this essence as outside of ourselves, not as a living thing, intrinsic to our own nature. It was the famous psychiatrist Carl Jung who said, “one who looks outside dreams, one who looks inside awakes.” It is not wrong to desire to be awake, to be happy. What is wrong is to look for happiness outside when it can only be found inside.

Source and Give Support:
https://www.youtube.com/channel/UCmzs… 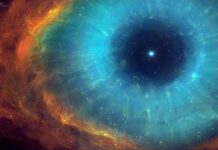 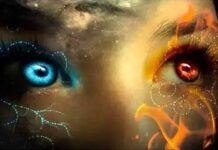