Essence of being Human 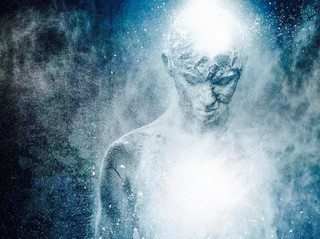 Stop being someone’s else’s version or expression of yourself.
Be what you are and not what other people and society tells or think you should be. You are not what has happened to you in the past. However it was bad. However you regret it. You are now. Don’t be afraid of yourself. Accept yourself. Don’t be afraid to chose. Believe in love and heart because It is the power that is pure and can not fall. Be kind and loving. Sprinkle that shit around. It doesn’t cost you a thing. Don’t reject truth and love. Embrace it. Do not let ego, fear and pride stand on your path. Heart doesn’t fear mind does. You are what you chose you are. Because you can chose from variety of infinite perceptions.

Speak the truth of moment for god sake, for your own sake and sake of others. Do not fall into silence even if everyone else does. Build your own reality but according to heart and very essence of your soul.

It doesn’t matter what have you been thought before, done before acted upon before. It doesn’t matter. The only thing that matters  is now and this moment. Remember who you are.
And if others don’t see it or don’t understand it, it is just fear of truth or lack of knowledge. But If they have knowledge, than they don’t use it and it is as just as same as they don’t have it.

The ultimate power is not knowledge. It is the use of that same knowledge. Not sitting around, talking about it in mysterious ways. Not locking yourself in a room and in the dark, reading books, looking at websites, decrypting symbols and numbers and telling people that they have they own free will. Telling them, that their path is legitimate whatever they chose (darkness or light) and that you don’t want to interfere or lead someone bla bla bla … Wrong Wrong Wrong. We are all one not the same but one and we are all connected in collective consciousness that is why it’s Wrong.

And we should help each other in every possible way. We should help each other to chose right from wrong because blindness is deep. And we should help even when it is not asked from us or told to do that. Not to hide our fear from acting under the false pretense that if we do that we are breaking someone’s free will. It is the greatest lie of all times that prevents us to be human beings to ourselves and each other. It is the lie that gives us the false and deep sense of spirituality and so called wisdom. Do whatever you can even a small thing count’s. If you don’t want to help than don’t stand in the way . Don’t conspire against humanity. Go ahead you “selfish one” stay slave if you choose to be one, but do not make rest of us chose the same .

We should all Express ourselves within the program. Challenge the old by building the new.

We can evolve. We can change. It doesn’t matter if other people don’t see it. You know it. It is enough. We can not live in the past or think of future. It is the moment that counts. So live the moment, be in now and future will be clear.

Don’t believe when they tell you that you can not do anything about it. Wrong. It is coming down and be prepared. It will come down with the great roar of freedom and storm of ages.
And at the end which wolf wins ? It is the one you feed the most.

Others love to tell others: “You will not succeed”, “There is no point in doing anything”, “You will fail, nobody talks, you should not either”… etc.”

Watch me, just watch me !

“The only way to deal with an unfree world is to become so absolutely free that your very existence is an act of Rebellion.”